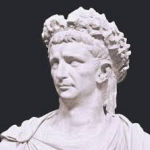 Traditionally, we think of Valentine’s Day as a day of romance and love, but is that really what it is all about? There are several versions of the background surrounding Valentine’s Day, and all of them include St Valentine. The one I find most intriguing involved not love and romance exactly, but rather a time when it was not allowed. St Valentine was a priest who lived around 270 AD in Rome. He found himself at odds with the Roman emperor of the time, Claudius II.

During Saint Valentine’s life time, and under the ruling of Claudius II and other insane administrators, the quality of life in Rome, what had previously been known as the Golden Era, came to an end. There was strife, education declined, taxation increased, and trade declined. This caused a need for more and more soldiers and officers to protect the nation from takeover by the Gauls, Slavs, Huns, Turks and Mongolians from Northern Europe and Asia. In his insanity, Claudius II felt that married men were more emotionally attached to their families, and thus, will not make good soldiers, and he needed many soldiers now. He believed that marriage made the men weak. So he issued an decree forbidding marriage to assure quality soldiers

The people of Rome were afraid of the emperor, and when he made the decision to ban marriage, the people 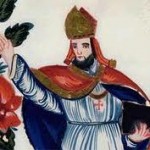 dared not protest, even though they were shocked. If Claudius II had given any thought to the consequences of his ban, he might have realized how futile it was. If the people did not marry, or at least reproduce, his army would dwindle down to nothing in a matter of years, and if they did at least reproduce, weren’t they still having the same emotional ties as married people? This just goes to show how insane Claudius II was. 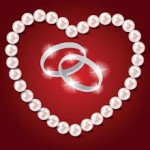