Better You Than Me 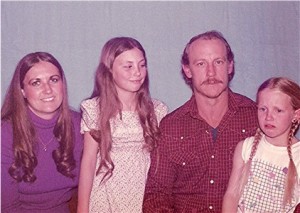 There is nothing quite as amusing to a kid as their sibling getting into trouble. I’m not sure why that is something that kids find so funny, but they do. Of course, the one who got in trouble sees nothing funny about it at all, and in fact is often very annoyed at their sibling…if they have the chance to see it anyway.

My grandchildren have told me of several events where they were guilty of laughing when one of the other three kids was getting in trouble. Of course, I told them I was shocked, but in reality, I was a kid once too. I caught them on several events, and of course, that meant that an equal measure of the same punishment had to go to the offending child. As time went on, I caught them less and less, so either they quit doing it, or got better at not getting caught.

I’m not completely sure why kids like to see other kids get into trouble, but they sure seem to. Of course, sometimes they are just annoyed at their sibling anyway, so seeing them get in trouble is almost like revenge. And if an argument between the siblings preceded the one getting in trouble, then obviously they are all for it.

Most of the time kids won’t admit to laughing at other kids who just got in trouble, because of the distinct possibility of getting the same treatment, but every once in a while they simply can’t deny it. When they get caught, they are probably in the most danger, because well…Mom is a already mad, but sometimes they get caught years later, because pictures just don’t lie.

We were having some family pictures take when the girls were little, and it was the entire family, so their were multiple kids and everyone was getting tired of the whole thing. Tempers were rising, and moods were getting bad. It was at that point that Amy got into a little trouble, and started crying. Obviously, Corrie found that amusing, because she glanced over at her sister, and proceeded to get a grin on her face that said, “Better you than me!” I didn’t see it at the time, and really hadn’t given it much thought until years later, so Corrie got away with that little no no!

Had I seen this at the time it happened, I know without a doubt, that she would had been wishing she hadn’t pulled such a stunt, but in this instance, she got away with it, because since she is a married mother of two teen aged boys, I guess it is a little late for a spanking. Just know this Corrie, I’ve got my eye on you now, and if I catch you laughing at your sister getting in trouble now, I will retaliate…so are you scared yet?