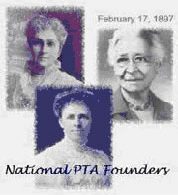 For much of my grandsons, Chris and Josh Petersen’s elementary school years at Pineview Elementary School, my daughter, Corrie Petersen was a member of and finally President of the Pineview Order of Parents and Instructors (POPI), which was basically Pineview Elementary School’s Parent Teacher Association (PTA). It was a big, and often thankless job, and I was always proud of the way she handled it. We have all heard of the PTA, but I never really knew how it got started. It actually has a very interesting history. Of course, when the schools in our country began, there was no real program that connected parents and teachers. I suppose that since many of these schools were small country schools, everyone knew the teachers anyway. As time went on, parents and especially moms, who were mostly stay-at-home moms in those days began to take an interest in what was being taught. The biggest problem they faced was that for many years, women couldn’t vote. Their voices were not heard in these matters.

In the late 1800s women still weren’t allowed to vote in elections, and so it would seem that they wouldn’t be able to wield the political power needed to bring about change in the education system. The conventional wisdom of the time was soon to be challenged, however, by two women who first founded National PTA’s predecessor, the National Congress of Mothers. On February 17, 1897, the two founders, Alice McLellan Birney and Phoebe Apperson Hearst, looked out at the 2,000 people from across the country who gathered for the Mothers Congress’ first meeting in Washington DC. It was the beginning of the largest…and now oldest volunteer organization that works exclusively on behalf of children and youth. Sadly, this is a group of people who had even fewer rights at the time than women. In 1919, Selena Sloan Butler dedicated her life to forming an organization which would have the same objectives as the National Congress of Parents and Teachers. She formed the Yonge Street Parent-Teacher Association, which was the first unit of the Georgia Congress of Colored Parents 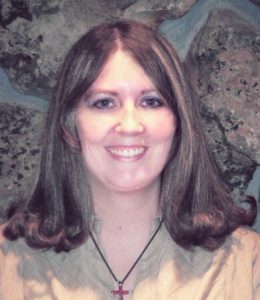 and Teachers (the precursor of the National Congress of Colored Parents and Teachers). In 1970, when the two groups united to form the National PTA, and the three women were recognized as co-founders.

As the years went by, more women became working moms, and in many ways, the PTA, and the children, have suffered for it. That is why my daughter, who was a working mom too, ended up having to do so much of the work herself. That used to make me angry, but sometimes, you just have to get over things. Corrie’s time in the PTA, like her children’s years in elementary school would come to a close, and someone else would have to step up to the plate, but I know that Corrie will never regret the decision she made to head up the PTA (POPI) at Pineview Elementary School, and I know that I am very proud of her for taking the reigns and getting it done for the kids. Today is the 120th anniversary of this great organization.