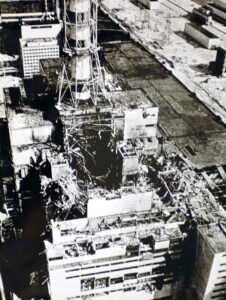 When we see a fire, we usually give little thought to the firefighter first responders who run into the scene. They usually give little thought to what dangers might lie in wait for them…or sometimes they already know what is inside. They know that dangerous chemicals and combinations of chemicals are very likely in the building, and that these chemicals might be dangerous, either during the fire, or even for years after the fire. Nevertheless, firefighter first responders run into the fire, and into serious danger every day.

Sometimes, the danger is far worse than the average fire, and when the firefighter first responders run into the building, they know that they are very likely running into a scene that will probably bring about their own demise. When the Chernobyl Nuclear Power Plant disaster began on April 26, 1986, Vladimir Pravik was one of the first 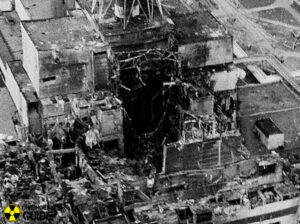 firefighters to reach the scene. Upon entering, he was hit with radiation so strong that it changed his eye color from brown to blue. I have no idea how it must have felt to be hit with that much radiation, or if that is something you would immediately feel at all. I can’t say that I know that much about radiation.

Whether Pravik felt anything or not, doesn’t really matter, nor is it something we can ever ask him, because like the majority of the first responders to the radioactive disaster, Pravik died 15 days later from severe radiation poisoning. When we look at the damage radiation can do to people, it is totally devastating. These firefighter first responders ran into the scene of a terrible disaster, and gave no thought how the situation was going to affect them. They very likely knew that it was going to kill them, but there were people inside the 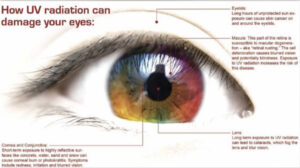 plant who were suffering, and even dying. These firefighter first responders set aside their own need to be safe, and ran into the radiation-filled plant anyway. For most of them, their equipment did not include any gear to protect them from radiation, hence the eye color change Pravik experienced. Some of them may not have known the dangers, but I believe that most of them did, and that makes them even more heroic and courageous. Their selfless actions probably didn’t save any lives inside the plant, but maybe it limited the wide-spread effects and possible saved a few lives outside the facility.