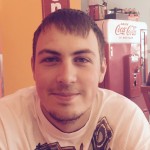 As the summer comes to an end, the kids in the local school system head back to school. Some areas started earlier than ours. While I think school should start on the same date statewide, I am a firm supporter of school starting the Tuesday after Labor Day and ending the Friday before Memorial Day. Nevertheless, they didn’t ask me, and so here we are. School started on September 2, 2015 for the students of Natrona County, and that was the day my grandson went back to high school for his junior year.

My grandson, Josh Petersen is the last of my grandchildren to be in the public school system. It is strange to think that of him being the final one. Josh is a Junior at Kelly Walsh High School, and while he may not be totally looking forward to high school this year, he is pretty excited about the college classes he is taking through the Boces program. The college started on August 25, 2015. For those who don’t know, the Boces program takes surplus money that was not spent during the school year and gives it back to the students in the form of paid tuition for college classes. For students who are motivated to get ahead, the program is perfect. And Josh is very motivated to start working on his career. 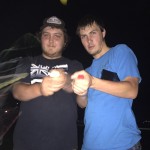 Josh has decided that he wants a career in firefighting and EMT. I have long thought Josh would be perfectly suited to either EMT or firefighting. He has been a caregiver for much of his young life, helping with the care of his great grandparents and doing that work in a careful, meticulous manner. He is such a caring young man, and I know that he will carry that into his work as a firefighter and EMT. His great grandparents noticed his special abilities right away. They could see that he paid careful attention to the directions for the care he was going to be giving, and then did exactly what he had been told. At one point, after he was trained to do the Epley Maneuver for Vertigo, his great grandpa, Walt Schulenberg said that Josh was the only one of the younger generation that he fully trusted with the treatment.

Josh is really enjoying his Intro to Fire Science and his Fire Fighting Strategy and Tactics I classes. He is the youngest student in his classes, and the only one who is still in high school. That just reinforces the determination he has for his career choice. He doesn’t want to wait two long years to get started on his training. He is ready to start now. He has had the 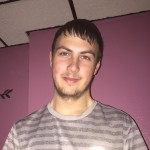 chance to visit the fire stations in town, and talk to the firefighters at length. He will also be involved in training at the training tower in town and in community service that the firefighters and trainees are involved in. He wants to do anything extra that he can too, so for the first time, he has chosen to donate blood. Josh wants to be a protector of life, and I am so proud of that desire in him. His training is only beginning, but everything he will be doing has served to get him more and more excited about his career choice. I think it is really awesome for Josh to be starting his college classes. I this he feels like he is finally starting his life’s work…even if he is just in the training stages right now. It’s an exciting time for him. Today is Josh’s birthday. Happy birthday Josh!! Have a great day!! We love you!!