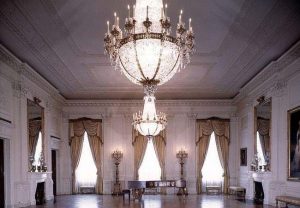 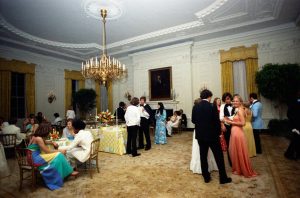 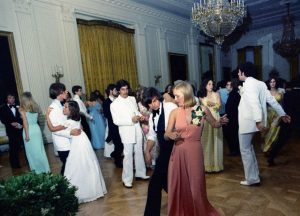 An Evening To Remember 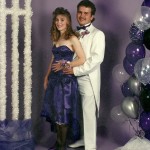 As the time for the school dances arrives again, I am reminded of my oldest daughter, Corrie and her husband, Kevin, and the dances they went to. They fell in love when Corrie was just 15 years old, and one of their favorite things to do was to go to the Co-Ed Ball and Prom. They went to both of them each year from the time the began dating until Corrie graduated. They were like Cinderella and Prince Charming. Theirs was a fairytale romance…love at first site. My beautiful little girl was becoming a beautiful young lady. She looked so pretty.

The pictures done, they headed out to their romantic evening, with eyes only for each other. Love blossomed at those dances, as well as their other dates, but it is always those special evenings that stand out in your memory. The dance committees had created an evening of moments with balloons, crepe paper, cardboard, and spray paint. An evening to remember.

With each new year and each new dance, they grew and changed…blossomed really. I remember that I was always so proud of the handsome couple they made. But, along with that thought was the little feeling of sadness that my little girl was growing up so fast. You know the one. That feeling that you suddenly want to put on the brakes and slow down time, but you know that you can’t. So you smile and wipe away a tear or two, and send them on their way to their evening to remember. 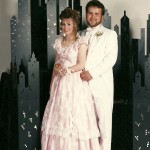 Every year these dances come around, and a new set of students head out, all dolled up. A new group of parents think back to the day their child was born and wonder how it could be possible that they are already heading out for their high school prom, or other such dance, and wish they could turn back the clock, so that their little one could still be their little one.

When we are young, we think that life is a long time. We wonder when we will get to be the grown up one, heading out on that special date, and before we know it..we are already sending our own children out on an evening to remember.