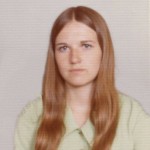 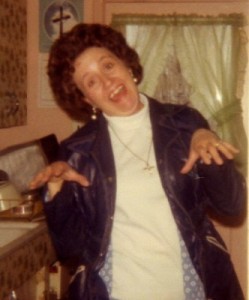 What’s On Their Minds 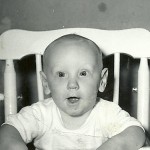 Baby faces are so cute, and funny, and amazing, but have you ever stopped to wonder what is really on their minds. When babies stare off into space…like we all do from time to time, I have to wonder just what thoughts they are thinking. We have lived so many years, compared to their short time here, so what deep thoughts could they have when their mind drifts. Are they thinking of their next meal, or maybe just their binky or bottle. That was most likely the case with Bob. I don’t think a hungrier child ever existed. He was always ready to eat, and if he wasn’t eating, my guess is that he was thinking about eating. 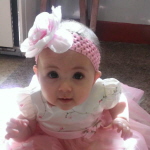 With Aleesia, who loves to have her picture taken, and is very quick to smile, my guess would be that her thoughts would have to do with the best shot to add to her portfolio. It’s not a matter of being a model or anything, although this little girl could sure do it with her smiles. It’s just that this baby loves to ham it up for pictures. The camera  comes up, and she starts to pose for the picture. It might be that she is used to having her picture taken, since her mom takes new pictures all the time. So…what would Aleesia be thinking in this shot…oh, maybe something like “should I say cheese?” 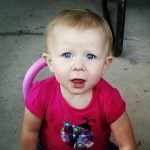 Aurora, seems to be a deep thinker. I notice that in her a lot. Maybe, it is because I have that same tendency. A deep thinker, might be thinking…”Mom said no. So, how can I get another cookie anyway?” Or she might just be thinking something like, “I am sooooo mad at you right now!” Even as she thinks that, she is trying not to let you know what she is really thinking. Sometimes that is a good idea. I mean you don’t really want to let your mom know how upset you are with her. That can cause some real problems when it comes time to sweet talk her into giving you what you want next. 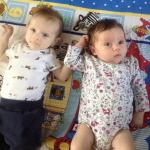 Then we come to Reagan, who has had her fair share of cute little suitors. It helps when your parents have friends who have boy babies your age. Nevertheless, sometimes moms can get carried away in setting their daughters up with boyfriends. They always seem to have their own idea of who you should be dating. Typical of moms!! And sometimes a girl has to put her foot down. It makes no difference whether or not you like the guy, it is simply a matter of having your mom set up your dates. How rude!! Still, I think Reagan has the situation well in hand here, when she says with her eyes, “Seriously Mom, quit setting me up with dates!!”