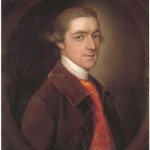 Most people know that Princess Diana married Prince Charles, and for a lot of people that is the extent of the Spencer ties to the British Aristocracy. That assumption couldn’t be further from the truth. The Spencer family is one of Britain’s preeminent aristocratic families. In the family line, there have been knights, baronets, and members of the royal family. Hereditary titles include dukedom of Marlborough, earldom of Sunderland, as well as Spencer and Churchill viscountcy. Of course, the two most well known members were Sir Winston Churchill and Princess Diana, with the current addition of Princes William and Henry, and now George.

So the question remains, how did this family rise to wealth, or were they born into it? The answer is that the Spencer family rose to wealth from humble beginnings. A close relative of Henry Spencer who died in 1478, was John Spencer who in 1469 had become a feudal lord of Wormleighton in Warwickshire and a tenant of the now famous to most people, Altrop in Northamptonshire in 1486. His nephew, Sir John Spencer, who died in 1522, first made a living trading in livestock and other commodities. He was able to save enough money to purchase both the Wormleighton and Altrop lands, and the estate of Altrop with its moated house and several hundred acres of farmland. The family grazed sheep on the land. As time went on, he purchased more and more land. He then rebuilt the Altrop house in 1508 and it became the family home for the

next nineteen generations. By the 16th century the Spencer family had entered Parliament in the person of Sir Robert Spencer (1570 – 1627) who represented Brackley in Parliament. He was made a Knight of the Garter and created Baron Spencer of Wormleighton in 1601. During the reign of King James I, Sir Robert Spencer was reputed to be the richest man in England.

There were those in the British aristocracy, such as the more established Howard and FitzAlan ancestors, who didn’t approve of the Spencer’s rise to wealth through sheep herding, and who tried to act more officially aristocratic, but they were shot down in a heated debate when Lord Spencer replied, “When my ancestors, as you say, were keeping sheep, your ancestors were plotting treason.” I’m sure this did not go over well, but apparently, they were not able to dispute that accusation, and so the subject was dropped. There have been countless other Spencers in the British Parliament, as well as the House of Commons. The Spencer family has been influential in much of the lawmaking in England, as well as in the area of British economics.

I guess I don’t quite understand why the other aristocratic families didn’t like the way that the Spencer family rose to wealth, but I think that in the area of wealth and politics, the old money and old political families often

don’t like having new upstarts invading their supposed territory. I don’t think it is much different in any country. The wealthy families tend to like their power and prestige, and really don’t want to share those things much. I seriously doubt that they ever gave any thought to where their own wealth came from. Later, after the upstart families are established, they simply have to accept it. It reminds me of the unsinkable Molly Brown on the Titanic. The established money didn’t like her marrying into her money. They didn’t feel like she belonged, but she didn’t care, and she was nevertheless a force to be reckoned with, so they had to treat her with respect. That is what has had to happen with the Spencer family, and now, their aristocracy is no longer questioned by any of the British aristocratic families. 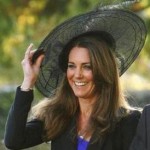 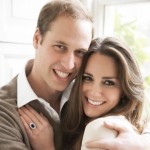 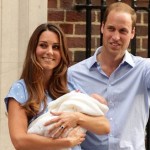 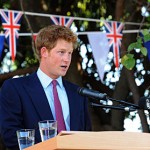 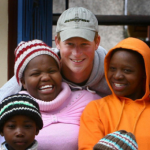