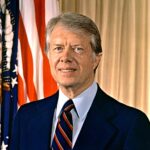 When you hear about a giant rabbit attack, what is your first thought? Maybe, that the person telling you they were attacked by a giant rabbit, was on some hallucinogenic drug, of the Alice in Wonderland variety, right? Well, I can’t say whether this story involved a hallucinogenic drug or not, but I really doubt it…mostly because in involves a former American president. I’m not saying an American president could never use drugs, but I had never heard that former President Jimmy Carter had used them, at least not while he was in the White House.

Nevertheless, as the story goes, in 1979, in the middle of his presidency, former President Jimmy Carter went fishing by himself in a swamp…a story that is a little bit 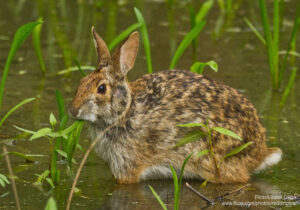 odd, because presidents don’t go anywhere without the Secret Service agents assigned to them. While he was in his boat in the swamp, a “giant” swamp rabbit swam directly toward him, seemingly intent on killing him. The swamp rabbit, also called the cane-cutter, is a large cottontail rabbit found in the swamps and wetlands of the southern United States. The species has a strong preference for wet areas, and it will take to the water and swim. Apparently these rabbits aren’t afraid of anything, especially a mild-mannered president fishing in a boat. Former President Carter found himself in a bit of a fight for his life…another reason to take those Secret Service agents with him. The former president had to scare the rabbit away by waving an ore at it. After the incident, he returned to the White House with quite a terrifying story to tell, but it was not really well received…yet another reason to take the Secret Service agents with him…witnesses. 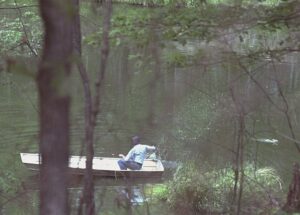 The media found the whole thing amusing. They began calling the event a “killer rabbit attack” and everyone was talking about how a rodent tried to kill the president. While people today might not recall the event, it is widely considered the most memorable event of Jimmy Carter’s presidency…which was another slap in the face for him. A president wants to be remembered for all the great things he has done for the country, not being attacked by a giant swamp rabbit. Presidents want to be remembered for boosting the economy or standing up to Soviet dictators, but instead, former President Carter was remembered for nearly getting taken out by a bunny rabbit.<