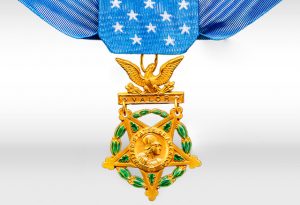 In a war, there are many heroes…some whose acts of courage and selflessness were so amazing that many felt they needed to receive a different medal…one that paid homage to the incredible things they did. Often these medals were even given posthumously because the brave act of the hero, cost the recipients their lives. Before 1861, no such medal existed. President Abraham Lincoln didn’t think that was right. There were many brave soldiers, and while not all brave acts would qualify for the medal of honor, the most self sacrificing of them would…the ones who set aside their own safety to protect the lives of others.

For that reason, President Abraham Lincoln signed into law a measure calling for the awarding of a US Army Medal of Honor, in the name of Congress, “to such noncommissioned officers and privates as shall most distinguish themselves by their gallantry in action, and other soldier-like qualities during the present insurrection.” The previous December, Lincoln had approved a provision creating a US Navy Medal of Valor, which was the basis of the Army Medal of Honor created by Congress on July 12, 1862. War puts men and women into situations whereby the only choices are kill or be killed. That can be a scary proposition. These soldiers do not do what they do in order to receive a medal. In fact, a medal rarely crosses their minds at all. The first US Army soldiers to receive what would become the nation’s highest military honor were six members of a Union raiding party who in 1862 penetrated deep into Confederate territory to destroy bridges and railroad tracks between Chattanooga, Tennessee, and Atlanta, Georgia.

In 1863, the Medal of Honor was made a permanent military decoration available to all members, including commissioned officers, of the US military. It is conferred upon those who have distinguished themselves in actual combat at risk of life beyond the call of duty. Since its creation, during the Civil War, more than 3,400 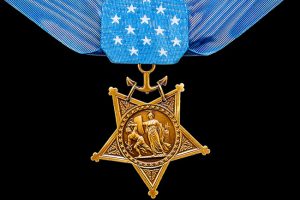 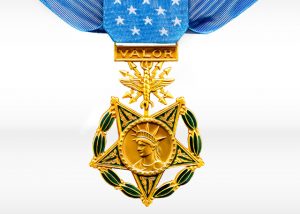 men and one woman, Dr Mary Walker, have received the Medal of Honor for heroic actions in US military conflict. These people gave whatever it took to perform their duties. They were the best of the best, and the medal of honor was the best honor we could bestow on them. Of course, in Lincoln’s time, there was no air force, so that medal came later, as did the medals from the other branches of service, including the Coast Guard.