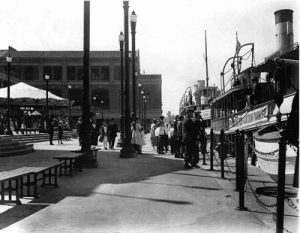 Any kind of explosive can lead to danger. There are some industries that use explosives in their daily activities, and for the most part, all is well and people are safe. Nevertheless, there are those few situations, which always seem like they are so common, when they make the news. In reality, they are probably very rare, although I can’t say that for sure. It just seems to me that if these explosions were common, we would find a different way of doing things.

On the night of February 24, 1922, in McCook, Illinois, a powder magazine exploded in a stone quarry. The quarry at McCook was on the outskirts of Chicago. The the explosion occurred, it shook the entire city. I know that explosions can be felt for miles and miles, and can even show up on seismometers. Still, Chicago is a big city. It seems odd to think that such a big city could feel the effects of an explosion, but that was just the beginning. 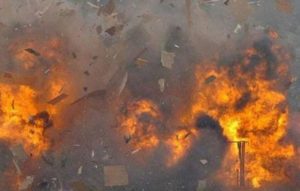 Windows were shattered in the south and the west portions of the city shortly before 9:30pm. People began calling the emergency numbers and calling newspapers to find out where the explosion had occurred and how many people had been killed. It seemed that no one knew at first, but soon it became obvious. An inquiry by The Associated Press to Indianapolis soon brought a bulletin from LaFayette, Indiana, that the explosion had occurred at McCook, Illinois.

With that information they were able to find out within a few minutes that there had been an accident at the quarry which is situated in a rather secluded spot. It was found that no one had been killed, but early reports had no explanation as to how it occurred. The first definite report of the blast reached a Monon railroad signal tower at Dyer, Indiana. It was then relayed to the Monon dispatcher at LaFayette, before it came back to 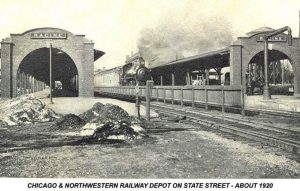 Chicago over The Associated Press wire.

The McCook quarry has had a long history problems that have been the direct result of quarry blasting. The quarries need to blast for loosen up the stone, but the effects can be devastating, even causing train derailments at times. The public has at times complained about the damages, but there didn’t seem to be much that could be done about it. Pictures of cracked walls and broken windows have been brought in for emphasis. I guess that until someone comes u with a better way to get the rock out of the quarry, the city will be stuck with the problem for the foreseeable future.