Practically In My Backyard 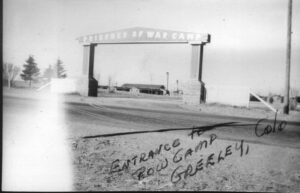 For some reason, when I think of Prisoner of War (POW) camps, I think of a place far away in a war zone, and there were some there, but as they filled up, the prisoners had to be moved to other areas. In addition to that, we needed men to work in the United States because our men were overseas fighting. The prisoners could be put to work in the fields to help grow needed foods for the country, as well as the troops. That idea was a bit foreign to me, especially when I heard that there was just such a camp that was practically in my backyard…even if I wasn’t born at the time. It’s just odd when history collides with your own neighborhood.

During World War II, the Greeley, Colorado POW camp had prisoners from Germany and Austria. The camp was built in 1943, and the first prisoners came in 1944. The camp was a self-contained town in itself. It had a fire station, hospital, theater, library, and classrooms. It also had electricity, water, and sewers. The prisoners who were held in the POW camps in the United States were treated well. This country wasn’t into the torture methods that the Axis of Evil nations were. 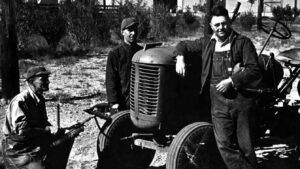 Many of the prisoners worked in the fields and paid money, for their labor, to take home with them. They were also given the chance to have fun. They had soccer teams. They dyed their t-shirts different colors using homemade dyes from vegetables. They had classes in English, German, and Mathematics. Some men were in the camp orchestra and others sang in choir. In many ways, the lives these men lived in the POW camps was better than the lives they lived at home…or at least during the war.

The Greeley POW Camp 202, was almost like a coveted assignment. It was the place the prisoners wanted to be sent. When new prisoners came to the camp, they would try to find men from their hometowns…hoping others had been as blessed as they felt to be there. The story is told that, “The old prisoners would toss out gum or paper with their names and address. One day a father and son found each other from the tossed notes.” These reunions were such a blessing for the prisoners. The guards were well liked. In fact, when one of the guards got married, the prisoners cooked their wedding night dinner for them. These good guards found favor with the prisoners. 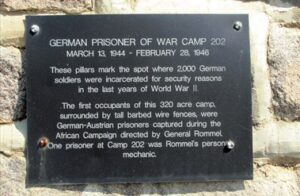 I like to think that POW camps in and run by the United States were and are more civilized than those camps owned and run by other countries, but I don’t suppose all of them were run as compassionately as the Greeley POW Camp. We hear nightmare stories of Guantanamo Bay, and I’m sure there are others that weren’t so great. Still, I suppose things depend on the prisoners to a great degree. It is harder to show kindness to a prisoner who orchestrates a terrorist attack against our nation, killing thousands of innocent people, that it is to be compassionate to a soldier who is simply following orders, but is otherwise a kind and gentle person.