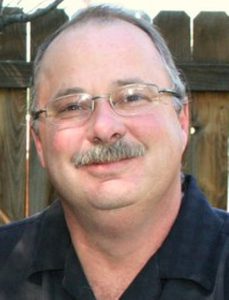 My brother-in-law, Chris Hadlock has had a long and successful career in law enforcement. As a young married man, Chris was working in sales, which as most of us know, is a career that some like and some don’t. Chris was good at it, but the career was not a fulfilling one for him. While they were living in Fort Morgan, Colorado, Chris told my sister, Allyn that he really wasn’t happy doing what he was doing, and simply couldn’t see himself doing it for a long term career. She asked him what he thought he wanted to do, and he told her that while he didn’t think he could be a doctor, he wanted a career in which he could help people. He wanted to be a police officer. I think that prospect really scared my sister at first, and after going on a few ride alongs with my brother-in-law, in which it looked like he might have to pull his gun on someone, I can understand why that could bother my sister. Nevertheless, my brother-in-law was a very capable patrol officer, and with his tall 6’4″ stature, the perpetrators seldom felt inclined to try to go up against him. While some of the shorter officers had to struggle to apprehend a perpetrator, Chris would walk up, and the guy would take one look at him and surrender.

Of course, his height was not the only reason that Chris had no trouble apprehending a suspect, however. He 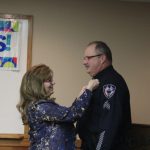 has a very calming nature. Whether he is doing police work, or just calming jangled nerves in a stressful situation, Chris has the unique ability to de-escalate a situation. He has done so on many occasions, both in and out of police work. One occasion I specifically recall was when he went to arrest a man, and when the man opened the door to Chris’ knock, and saw that it was a cop, he tried to shut the door again. Chris simply stuck his Billy Club in the door, and calmly said, you don’t want to do this. The man calmed down, and agreed to go with Chris. He then asked if he could make a phone call first, and because he was cooperative, Chris allowed it, knowing that he would also be allowed a second phone call at the jail. He didn’t have to allow the man to do that, but the arrest went very smoothly and I believe that the main reason is because Chris worked with the man and kept him calm. I also had the opportunity to see police officers who wouldn’t work with a perpetrator, and the whole situation blew up. It’s all in how the officer handles the situation. 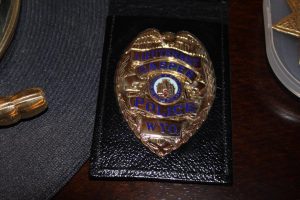 These days, with so much turmoil surrounding our police officers, much of which is not their fault, and yet any arrests are looked at as Police Brutality, my brother-in-law is a police officer who brings peace, a sense of calm, and yet justice. Chris has advanced in his career from a Deputy Sheriff, to a City Patrolman, a Sergeant, and now a Lieutenant over the detectives. He has been a training officer, and a hiring officer, and now he is spending several weeks out of this summer a “Leadership in Policing” class. Chris has been an asset to both of the departments he has served in. He is a born leader and we are very proud of him. Today is Chris’ birthday. Happy birthday Chris!! Have a great day!! We love you!!