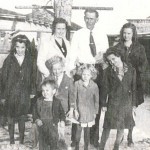 Being the youngest of my grandparents, George and Hattie Byer’s three middle children, might possibly afford my Uncle Wayne Byer a small amount of innocence in the antics the three of them pulled, but if you know Uncle Wayne, you would be hard pressed to buy into that idea, because the three of them, Uncle Larry Byer, the oldest; my mother, Collene Spencer, the middle child; and Uncle Wayne were pretty much equally to blame. I really think they drove my grandmother half crazy. What one didn’t pull, another did. They would defend each other to the end…or until Grandma got a hold of them, then all bets were off. 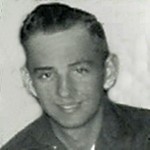 They all three had a great sense of humor, but sometimes I think that Uncle Wayne had the best one…or maybe it was that he just had a way of connecting with the kids in the family. That could easily be it, but he was definitely a big part of the three “partners in crime” that was my mom and her two brothers. I know that all kids can be a trial for parents, but I have a feeling that these three might have really tried my grandmother’s patience, and as if that wasn’t enough, there were six other children in the house too. There was lots of talent, from singing, to dancing, but partners in crime took the cake in the antics department.

Of course, by the time I met my Uncle Wayne, he was a grown man, who’s oldest son was just two years younger than I was. All the older kids knew about it, but as the younger ones came along, we were always treated to Uncle Wayne’s signature prank…for lack of a better word. He would pop out his dentures, and encourage us to try…which we, of course did, without success. Uncle Wayne’s laugh was infectious. He just had a way of getting all of the kids laughing too. Everyone of the kids loved the uncles. They were really kids at heart…all their lives, and Uncle Wayne, being the only one left has carried on the tradition quite well. He’s a real kick. Today is my Uncle Wayne’s 80th birthday!! Happy birthday Uncle Wayne!! Have a great day!! We love you!! 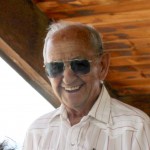 It’s hard for me to think of my Uncle Wayne Byer without thinking of my mom, Collene Byer Spencer, and my Uncle Larry Byer, because they were like the three musketeers of that generation. If one was getting in trouble, you could assume that the other two weren’t far behind. It’s not that they were troublemakers, because they weren’t. It was that these were the only boys in the family, and my mom was the one sister who fell between them in the family line. That meant that where the boys went, and what they did, my mom wasn’t far behind. She wanted to be right in the middle of everything they were doing.

Mom always thought the world of all her siblings, but her brothers were a combination of superheroes and partners in crime, though no crimes were ever committed…unless you count the antics that 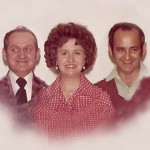 got all three into trouble with their mom. Grandma and Grandpa raise their kids to be responsible adults and good citizens. They taught them well. They all turned out to be amazing people, but no childhood is without mischief, and the Byer kids were no different. Anytime you have nine kids, you have nine imaginations to come up with something new to get into trouble with.

While boys can be mischievous, they can do some of the nicest things too. My mom has told me about several things her brothers did for her. Besides being her best friends, they did nice little things like buying her a set of salt and pepper shakers that she had admired…just because she liked them. That act was more than just doing something nice, it showed that they were listening to her. I think that has always endeared them to my mom. So often in life, we go through situations where we don’t feel like anyone is listening to us at all, but then when someone picks up on something we said and does something so nice with it, your realize that they really were

listening to you, and that they wanted to show you how much they care about you. What better way for brothers to be toward their sister?

Uncle Wayne has always been one to pay attention to those around him. He loves entertaining the children that are around him, and especially loves making them laugh. He has a great laugh, and that makes everyone laugh. His sense of humor and ability to tell jokes is awesome. In all, he is a great guy to have around. I don’t get to see him as much these days, as in the past, but when I do see him, it is always a good time. Today is Uncle Wayne’s 78th birthday. Happy birthday Uncle Wayne!! Have a great day!! We love you!!