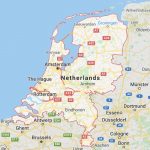 War is inevitable, it would seem. One nation does something another nation doesn’t like, and before you know it, one is attacking the other. War is a bloody business…most of the time. However, in the case of the war between the Netherlands and the Isles of Sicily, that isn’t what happened. The war was strange in every way, and even started in a strange way. The English Civil War, which was fought between the Royalists and Parliamentarians raged from 1642 to 1651. In that war, Oliver Cromwell, who was born into the middle gentry to a family descended from the sister of Henry VIII’s minister Thomas Cromwell, was instrumental in the outcome. He became an Independent Puritan after undergoing a religious conversion in the 1630s. Cromwell generally agreed with the many Protestant churches of that time period. He was an intensely religious man, and he fervently believed that God was guiding his victories. He was elected Member of Parliament for Huntingdon in 1628 and for Cambridge in the Short (1640) and Long (1640–1649) Parliaments. Cromwell had very specific political beliefs, and when he entered the English Civil Wars, it was on the side of the “Roundheads” or Parliamentarians, nicknamed “Old Ironsides.” He demonstrated his 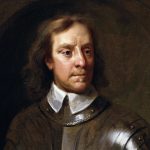 ability as a commander and was quickly promoted from leading a single cavalry troop to being one of the principal commanders of the New Model Army, playing an important role under General Sir Thomas Fairfax in the defeat of the Royalist or “Cavalier” forces.

Cromwell fought the Royalists to the edges of the Kingdom of England. In the West of England this meant that Cornwall was the last Royalist stronghold. In 1648, Cromwell pushed on until mainland Cornwall was in the hands of the Parliamentarians. The Royalist Navy was forced to retreat to the Isles of Sicily, which lay off the Cornish coast and were under the ownership of Royalist John Granville. With the Royalists on the Isles of Sicily, and the Parliamentarians in England, the war ended…at least the English Civil War ended. Immediately thereafter…on March 30, 1651, one of history’s longest wars began, between the Netherlands and the Isles of Sicily. It lasted for 335 years and was filled with bitter hatred. Still, not a single person was killed. What kind of war is that? The war that comes closest to what this was, would be 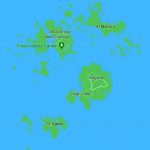 the Cold War. It was called, The Three Hundred and Thirty Five Years’ War and many will dispute its existence. It is thought that the “war” ended long before it was officially listed as over, and that the only thing that wasn’t done was to sign a peace treaty, and that one thing extended the war for 335 years without a single shot being fired. That fact made it one of the world’s longest wars, and also a bloodless war. The big problem with the validity of the war was that there was no specific declaration of war. Because of that, no one knew if they needed to negotiate a peace treaty or not. Nevertheless, because they needed to end this war, and because the declaration of a state of war was not officially know to exist, peace was finally declared on April 17, 1987, bringing an end to any hypothetical war that may have been legally considered to exist.