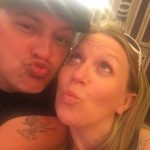 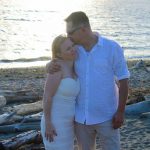 When two kids get married, or any two people for that matter, you never know if the marriage will last. You hope that theirs is a match made in Heaven, but only time will tell. My daughter, Amy Schulenberg, married Travis Royce in this day September 16, 1995, just a few months after Travis graduated from high school. Amy had graduated the year before. They were quite young by most standards, but that didn’t matter to them. Somehow, they knew that they were perfectly matched, and while others might not have seen that at the time, everyone sees it now. Each of them is what the other needs.

Amy is more of a shy person, like her mom, and Travis is very outgoing. For a shy person, that is very helpful, especially in a crowd. When you are shy, it’s hard to talk to people you don’t know well, and Travis has no problem in that category. Once a shy person gets to know people, they are fine, it’s just that awkward early stage that is tough. Amy is also more of a serious person, again like her mom, while Travis is an incurable comic. I really like that about Travis, because life is serious enough. We need people who can see the funny side of life to keep us from getting too serious about things. Travis keeps the laughter going in their household, which is something that I have always felt was a huge blessing to all of them. Amy is the more practical one, which is something Travis needed, not that he hasn’t become more practical over the years, but he was always more spontaneous about things like spending, until Amy kept him more grounded. Then he saw the value in that, and they are in agreement on things like spending.

Of course, there are differences that can cause “fights” too. If you could call them that. Travis is a Chicago Bears fan, while Amy is a fan of arch rival the Green Bay Packers. Football season is…interesting in their household…to say the least. It is about the only time they really have many “fights.” Nevertheless, not everything is about fighting. Amy and Travis agree that the family that plays together, stays together, and for them, that means music. Most Tuesday nights, after bowling gets over, the family heads back to their house for a family jam session before the kids go home. Travis and their son, Caalab play the guitar, while daughter, Shai 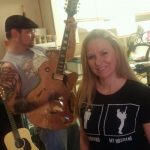 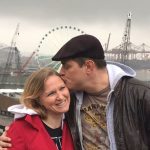 is learning the ukulele. I’m sure that will add a fun aspect to their family band. I can’t wait to hear them now.

Where Once A Little Girl Stood 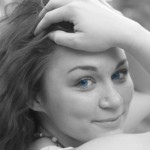 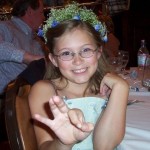 Sometimes, a child grows up right before your eyes. One day they seem so young, and then quietly, like they were trying to sneak up on you, all that changes, and before you stands a woman. Gone are the adolescent drama queen days, and in their place is a woman, strong and capable…where once a little girl stood. I just don’t know where the years could have gone.

My granddaughter, Shai Royce, who is the daughter of my daughter, Amy Royce and her husband, Travis, arrived the day after her cousin, Chris who was my first grandchild. She brought with her something fun for our family, when she was born on Leap Day. I had always thought of Leap Day birthdays as something really cool, but never expected to have a Leap Day birthday in our family. It was something unique and in our family there would be just one Leap Day birthday…and one granddaughter. Shai was not always sure she liked having that birthday, but I think that as time goes on, she will like it more and more.

Shai is a very outgoing, people person, with amazing management skills…especially for a nineteen year old. I find it quite amazing that she stands out as a go to person at every job she has ever had. She learns things quickly and is able to execute them efficiently. Before long, Shai is telling the boss how to do things, and they are listening, because they know she knows what she is doing…strange thought that. Shai’s ability to take charge presented itself early on when she took care of her ailing grandparents by herself for a full month at the tender age of just ten years. It was a debt we could never repay, and a blessing beyond measure for her grandparents. My dad told me later that they felt such a bond to Shai after the time they spent together. She gave them the peace of mind to be able to rest and recover.

It’s funny how some kids just seem to be mini adults very early on. Maybe for Shai, it was that she took on a lot of things, or maybe it was because as the only granddaughter, she was the one with the mother instinct…or the boss instinct, or maybe that was just her nature, and she was doing what came naturally to her. Whatever the case may have been, Shai was always a leader and manager. She will always stand out in that way in my 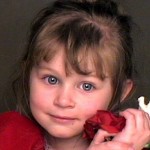 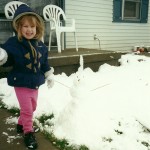 mind, and I’m sure also in the minds of everyone who has the privilege of knowing her. She is a beautiful young woman of only 4¾ official years, who has captured the hearts of those around her with her charm and beauty. Her kindness and compassion for others will always endear her to those whose lives she will touch. Where have all the years gone? Where once a little girl stood, there now stands a lovely young woman…a blessing to me and her grandpa, as well as family and friends. Today is Shai’s 19th birthday. Happy birthday Shai!! Have a wonderful day!! We love you!!