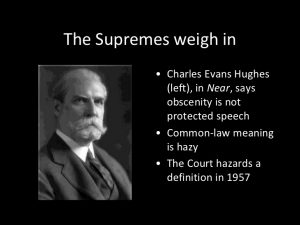 I sometimes think that I am from a different era…one where people didn’t use so many obscenities. In reality, I am from that era, because on June 24, 1957, when I was just a 14 months old, the United States Supreme Court ruled that obscenity is not protected by the First Amendment to the Constitution, which guarantees free speech and freedom of the press. Call me old fashioned, but when I hear someone screaming at their own child, using every obscenity known to man, it makes me cringe. Calling our children such horrible names, can’t possibly be a good way to teach them self esteem. The United States Supreme Court agreed, according to Roth v. United States, a case decided in 1957. Samuel Roth of New York City was convicted of mailing obscene materials. On appeal his conviction was affirmed by the Supreme Court, which held that obscenity was not protected by the First Amendment to the United States Constitution. The court ruled that “material is obscene if, to the average person applying contemporary community standards, the dominant overall theme appeals to prurient interest.”

These days, we are bombarded with obscenities and profanities…everything from the f-bomb to the names we 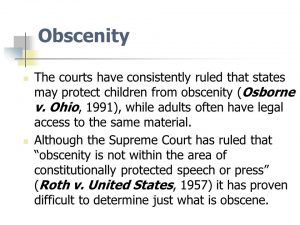 call people we don’t particularly like. Television shows use obscenities on just about every show, and our children are growing up to think that not only is it ok to call people such names, but its ok to be constantly angry…and to let everyone around you know it. It seems to me that as all the obscenities became commonplace, so did anger. And anger breeds hate, which in turn breeds things like road rage, bullying, and even murder.

Now, that we have the freedom to say the things that we do, another problem has come to light…hate speech. What is hate speech? It never used to be a thing, although it did exist…it just didn’t have a name, per se. So we have somehow come full circle, to a degree. While the Supreme Court used to say that we can’t use obscenities or profanities, and then suddenly we could, now we find ourselves with the necessity to decide if something said is “hate speech” or not, and if it is, then has the right to free speech been denied. Why is one thing different than the other? Believe me, I don’t like either kind of talk…hate or obscene, but if one is “illegal” then shouldn’t the other also be “illegal.” Or, should we have any say at all? It is a vicious circle to be sure. I guess that in reality, it is a moral issue. We have slipped so far from the moral values of our ancestors that our 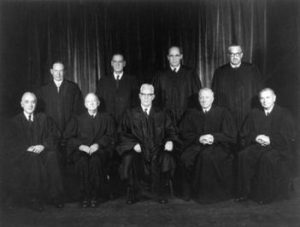 world almost doesn’t even resemble that of the era I was raised in, and certainly bears no resemblance to the era of our ancestors. While I can’t say exactly how to solve this dilemma, I think that maybe the best solution lies within each of us. Maybe we need to walk away from the situations that make us angry. Maybe we need to be more careful of the speech and behaviors that we show to our children. Maybe we need to teach our children that other people have a right to their opinion too, and it is not up to us to be their verbal police. Maybe we need to take offense less, and show compassion more. No matter what the ultimate solution is, there is no doubt in my mind that it begins in the human heart.