The Old Comers And The Fur Trade 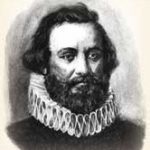 When the colonists came over to the new world, they really didn’t know how they were going to make a living. They were most likely planning to raise their own crops, along with hunting and fishing, but the reality is that those things were only going to take them so far. They were going to need other things. In 1620, Plymouth Colony was founded in present-day Massachusetts. The settlers there had planned to make a living with cod fishing, but that wasn’t going very well. So, within a few years of their first fur export, the Plymouth colonists began concentrating entirely on the fur trade. They developed an economic system in which their chief crop, Indian corn, was traded with Native Americans to the north for highly valued beaver skins, which were then sold in England to pay the Plymouth Colony’s debts and buy necessary supplies.

In November 9, 1621, Robert Cushman a deacon and captain of the Fortune arrived with 35 new settlers for Plymouth Colony…the first new colonists since the settlement was founded over a year earlier. The plan was to drop off the settlers, and then a month later, head back to England with a cargo of furs to pay for supplies and to pay debts the colony owed to England. On December 13, 1621, Robert Cushman and the Fortune set sail back to England, but theirs was not to be a good voyage. During Cushman’s return to England, the Fortune was 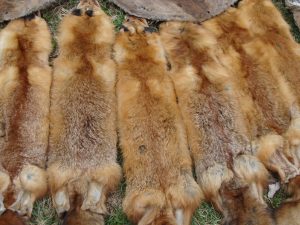 captured by the French, and its valuable cargo of furs was taken. Cushman was detained on the Ile d’Dieu before being returned to England. The capture was due to a navigation error. About January 19, 1622, Fortune was overtaken and seized by a French warship, with those on board being held under guard in France for about a month and with its cargo taken. Fortune finally arrived back in the Thames on February 17, 1622.

The Fortune was 1/3 the size of the Mayflower, displacing 55 tons. The arrival of the vessel sent by the English investors, who had funded the Mayflower colonists, should have been a cause for celebration. But for the Pilgrims, Fortune was poorly named. The ship brought 35 new settlers, but none of the expected supplies. With new mouths to feed, rations were reduced by half. Worse, the investors demanded that the ship return immediately to England, stocked with trade goods. The Pilgrims complied by loading Fortune with “good clapboard as full as she could stow” and two hogsheads of beaver and otter skins, only to have them lost to the French, which the English investors did not seem to care about. 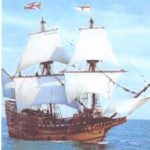 After the Mayflower brought the Plymouth settlers, they struggled under the demands of their English investors for seven years. The investors also sent a letter criticizing the settlers because the Mayflower arrived back in England with an empty hold, and demanding that the Fortune return immediately filled with valuable goods. The colonists complied. For the next six years, they sent sizable shipments, especially of furs, back to England. But the goods yielded far less profit than the investors expected, and as the seven year mark approached, the colonists were still in debt. Finally, 27 of them pooled their personal resources and paid off the debt. Once free of the requirement to live communally and hold all property in common, the original settlers divided the land into private lots, and the era of the “Old Comers” was over.