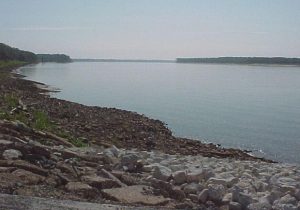 Most people know that with an earthquake underwater, comes the possibility of a tsunami. Tsunamis can cause as much or more damage that the original earthquake. I think we all know that living in a coastal area puts the residents in possible danger when these offshore earthquakes hit, but what happens further inland? The tsunami doesn’t normally travel too far inland…unless it is a fluvial tsunami. This was a type of tsunami I had never heard of before. Nevertheless, on this day, February 7, 1812, there was a series of earthquakes in Missouri. They were the most violent and powerful quakes in the history of the United States. The series of tremors, which took place between December 1811 and March 1812. The Seismic activity was quite unusual for the area around the city of New Madrid, located near the Mississippi River in present day Arkansas, which had about 1,000 residents at the time, most of whom were farmers, hunters, and fur trappers. It all began on December 15, 1811with unusual tremors. Then, at 7:15am, an even more powerful quake erupted, now estimated to have been an 8.6 magnitude quake. This quake literally knocked people off their feet and many people experienced nausea from the extensive rolling of the earth. Given that the area was sparsely populated and there weren’t many multi-story structures, the death toll was relatively low. However, the quake did cause landslides that destroyed several communities, including Little Prairie, Missouri.

The quake also caused fissures…some as much as several hundred feet long…to open on the earth’s surface. Large trees were snapped in two. Sulfur leaked out from underground pockets and river banks vanished, flooding thousands of acres of forests. On January 23, 1812, an estimated 8.4-magnitude quake struck in 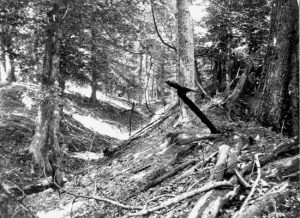 nearly the same location, causing disastrous effects. Reportedly, the president’s wife, Dolley Madison, was awoken by the quake in Washington, DC. The death toll was smaller for this quake, because most of the survivors of the first earthquake were now living in tents, so they could not be crushed. The strongest of the tremors followed on February 7, 1812, and was estimated at an amazing 8.8 magnitude…probably one of the strongest quakes in human history. Church bells rang thousands of miles away in Boston, Massachusetts, from the shaking. Brick walls were toppled in Cincinnati, Ohio. In the Mississippi River, water turned brown and whirlpools developed suddenly from the depressions created in the riverbed. Waterfalls were created in an instant and in one report, 30 boats were helplessly thrown over falls, killing the people on board. Many of the small islands in the middle of the river, often used as bases by river pirates, permanently disappeared…possibly a poetic end to their crimes. Large lakes, such as Reelfoot Lake in Tennessee and Big Lake at the Arkansas-Missouri border, were created by the earthquake as river water poured into new depressions in the ground. But, probably the most unusual activity, was what happened to the Mississippi River next. Because of the quake’s proximity to the Mississippi River, the quake had an effect that was probably unheard of until that time…a Fluvial Tsunami. A Fluvial Tsunami is something I never knew existed, but apparently it does. The quake and the ensuing fluvial tsunami in the Mississippi River, actually made the river run backward for several hours. I’m sure people were stunned and frightened at what they saw. 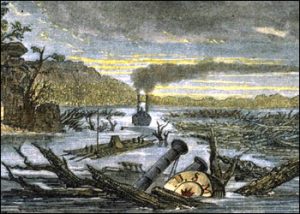 The exact death toll from this series of deadly quakes is difficult to determine because of a lack of an accurate record of the Native American population in the area at the time. The series of quakes ended in March of 1812, with aftershocks continuing for years. In the end, it was decided that approximately 1,000 people died because of the quakes, but it could be much higher. As I researched this crazy tsunami, I found out that fluvial refers to a river tsunami, the Mississippi River has actually flowed backward multiple times, and fluvial tsunamis are actually not that rare, they occur whenever a quake causes the water in a river to flow backward it rush in is normal direction.