As Nice As Possible 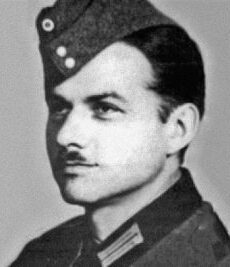 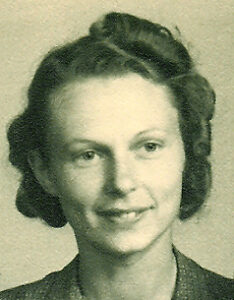 It seems highly unlikely that the United States would consider any of the German tactics from World War II to be useful or moral, but that is exactly what they thought of the Luftwaffe’s master interrogator, Hanns Scharff, whose interrogation tactic was…to be as nice as possible. Nice?? That word doesn’t really fit in with the picture most of us carry in our brain of the Nazi war machine. And even from what we see on television, interrogation is more of a verbally brutal assault on the senses, that breaks a person down so that they finally relent and give the interrogator the information they are asking for.

For getting information out of prisoners, Scharff’s best tactics included…nature walks without guards present, baking them homemade food, cracking jokes, drinking beers, and afternoon tea with German fighter aces. When I read that, I was totally stunned. Who would have ever considered such things to glean information out of a prisoner of war, or any kind of prisoner. Nevertheless, Scharff’s techniques were so successful that following World War II, the United States military incorporated his methods into their own interrogation schools.

Hanns-Joachim Gottlob Scharff  was born on December 16, 1907 in Rastenburg, East Prussia, which is now K?trzyn, Poland, to Hans Hermann Scharf and Else Scharf (née Jahn). He was the second of three sons, the elder being Eberhardt and the younger, Wolfgang (who died in his teens). The last name was originally Scharf, but Hanns Scharff added an extra ‘f’ to the end of his last name as an adult, because some ancestors spelled their last names that way, and he thought it might be the correct spelling, which is something I have come across in my own family research as well.

Scharff was nicknamed the “Master Interrogator” of the Luftwaffe, and possibly of all Nazi Germany.  he has also been praised for his contribution in shaping US interrogation techniques after the war. As an Obergefreiter…basically a Private First Class, he was charged with interrogating captured American fighter pilots, becoming an interrogation officer in 1943. He has been highly praised for the success of his techniques, in particular because he never used physical means to obtain the required information. Scharff’s interrogation techniques were so effective that he was occasionally called upon to assist other German interrogators in their questioning of bomber pilots and aircrews, including those crews and fighter pilots from countries other than the United States. Additionally, he was charged with questioning many more important prisoners who were funneled through the interrogation center, such as senior officers and famous fighter aces. I am not saying that because of this man’s techniques, all captured airmen gave up the information, just that what information they gave was not beaten out of them.

While training in the family business, and on a business trip to South Africa, Scharff met and married a South African British woman named Margaret Stokes. Margaret was the daughter of Captain Claud Stokes, first a pilot in Rhodesia in 1913, and later a squadron leader in the Royal Flying Corps. In 1939, the couple and their children went back to Germany for a vacation when WWII broke out. So now they were stuck. Scharff, was a German citizen, which put him in the army. While being drafted was not what they wanted, it did change who Scharff was…forever.

In 1948, Scharff was invited by the United States Air Force to give lectures on his interrogation techniques and first-hand experiences. The US military later incorporated his methods into its curriculum at its interrogation schools. Many of his methods are still taught in US Army interrogation schools. Scharff was granted immigration status. From the 1950s until his death on September 10, 1992, Scharff decided that he wanted to have a more gentle life, so he redirected his efforts to the creation of mosaics. He became a world-renowned 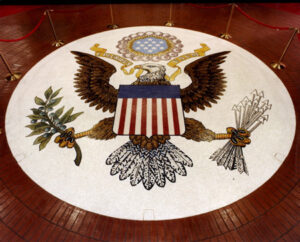 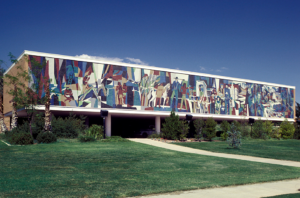