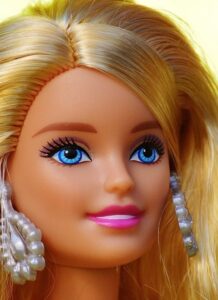 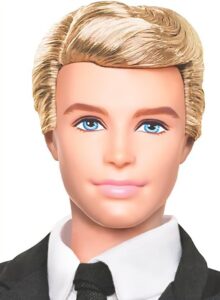 The day after the debut of the Barbi doll on March 9, 1959, at the American Toy Fair in New York City, the doll had become an instant sensation. Basically, her debut makes Barbie 63 years old. The old girl has aged very well. In fact, she hasn’t aged a bit, although she can’t say she hasn’t had any work done. The reality is that Barbie has been redesigned at least every year. Of course, that isn’t saying she has had plastic surgery…or is it? She is, after all, made of plastic.

Barbie stands eleven inches tall, and at first anyway, had long blond hair. These days, of course as hairstyles have changed and it was decided that not all girls are blonds, her hair color and style have changed with the times. She has been given lots of cool clothes, shoes, a house, car, RV, and boat…and probably many other things. Barbie was the first mass-produced toy doll in the United States with adult features. I suppose that she caused quite a stir with many parents, but for girls everywhere, she was the princess they were going to be when they grew up. I know I couldn’t wait to get one.

The woman behind Barbie was Ruth Handler, who co-founded Mattel, Inc with her husband in 1945. Handler witnessed her young daughter ignore her baby dolls to play make-believe with paper dolls of adult women, at which point she realized there was an important niche in the market for a toy that allowed little girls to imagine the future. Barbie’s appearance was modeled on a doll named Lilli, based on a German comic strip character. Lilli was originally marketed as a racy gag gift to adult men in tobacco shops, but she later became extremely popular with children. Mattel bought the rights to Lilli and made its own version, which Handler named after her daughter, Barbara.

In 1955, Mattel became a sponsor of the “Mickey Mouse Club” TV program. With that, Mattel became one of the first toy companies to broadcast commercials aimed specifically at children. They used their commercials to promote their new toy, and by 1961, the enormous consumer demand for the doll led Mattel to release a boyfriend for Barbie. Handler named him Ken, after her son. Then, Barbie’s best friend, Midge, came out in 1963; her little sister, Skipper, debuted in 1964.

Of course, the Barbie doll was not without controversy. On a positive note, many women saw Barbie as providing an alternative to traditional 1950s gender roles. Her many careers, like airline stewardess, doctor, pilot, astronaut, Olympic athlete, and even US presidential candidate made some women see a possible future that was different 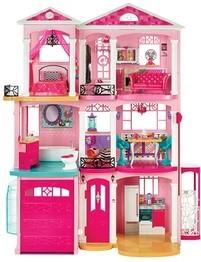 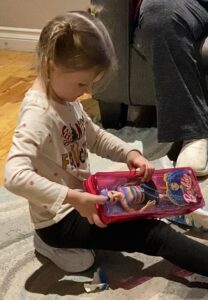 than was common in the 1950s. Others thought Barbie’s never-ending supply of designer outfits, cars, and “Dream Houses” encouraged kids to be materialistic. However, the biggest controversy was over Barbie’s appearance. Her figure was unrealistic for a real woman. It was estimated that if she were a real woman, her measurements would be 36-18-38–led many to claim that Barbie provided little girls with an unrealistic and harmful example and fostered negative body image. Nevertheless, even with the criticism, Barbie never lost her appeal, and in fact she is as popular today as she ever was. I was just 3 years old when Barbie came out, and today, my great granddaughter, Cambree Petersen loves her Barbie dolls as much as I did, even if Barbie is…old!!!