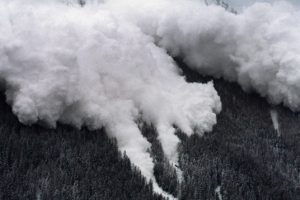 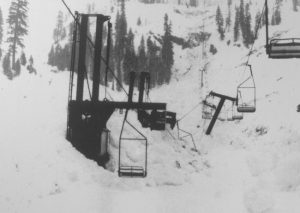 When we think of a series of disasters, it is usually tornadoes, earthquakes, or floods that come to mind. On February 11, 1952, none of the usual suspects were at fault in the series of disasters that began across central Europe. Snow storms don’t normally fall into the category of a series of disasters, but when a storm stalled over middle Europe during the first week of February of 1952, it dumped two feet of snow in parts of France, Austria, Switzerland, and Germany. In the vast area of middle Europe, life quickly ground to a standstill. Everything was closed, and travel was impossible. Germany recruited thousands of people and their shovels in an attempt to make the streets passable. In France several people died when their roofs collapsed under the weight of the heavy snow accumulation.

The worst of the storm, however, was felt in Austria, when a series od deadly avalanches took a heavy death toll. It was during the early hours of February 11, 1952, at a ski resort in Melkoede, when a huge mass of the newly fallen snow suddenly crashed down the mountain from above. There was no time to react, and no time to get away. They were trapped. Fifty people were sleeping at the resort. Twenty of them, mostly German tourists were killed, and another ten were seriously injured. In Switzerland and Austria, authorities issued urgent warnings about potential avalanches and some villages were actually evacuated. Nevertheless, all that was not enough. The next day there were more damaging avalanches. In Isenthal, Switzerland, hundreds of cattle and several barns were buried by an avalanche. In Leutasche, Austria, a twelve year old child was saved by people who risked their own lives in the face of a second avalanche that was poised to fall. Seven members of the child’s family were killed by the avalanche.

Avalanches kill more than 150 people worldwide each year. Most are snowmobilers, skiers, and snowboarders, and most deadly avalanches are triggered by the victim or someone in their party. Given that count, I suppose that the 78 people who perished in the February avalanches in middle Europe in 1952, might seem like a small number, but when you consider that these deaths occurred over a period of a few days, and the rest of the deaths by avalanches from that year were not included in that number, the death toll is staggering. This was not the worst avalanche death toll, however. That record, if it is right to call it such, goes to the Huascarán avalanche that was triggered by the 1970 Ancash earthquake in Peru. On 31 May 1970, the Ancash earthquake caused a substantial part of the north side of the mountain to collapse. The avalanche mass, an 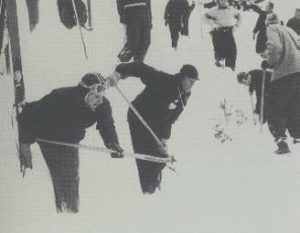 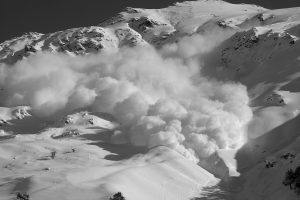 estimated 80 million cubic feet of ice, mud and rock, was about half a mile wide and a mile long. It advanced about 11 miles at an average speed of 175 to 200 miles per hour, burying the towns of Yungay and Ranrahirca under ice and rock, killing more than 20,000 people. This avalanche, in my estimation, might have been more of a landslide than an avalanche, and so it’s very possible that all of these people would have died had there been snow or not.