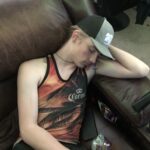 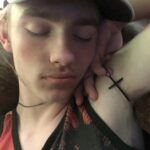 My grandnephew, Easton Moore is getting ready to start the next phase of his life and is still considering his options. The rest of us are sitting here wondering where all the years went. It seems impossible that Easton could be out of elementary school, much less high school. Currently, Easton is a supervisor at McDonald’s, which is a pretty good accomplishment for a young man of just 18 years. He is looking forward to the end of school now, because as supervisor, he is required to close, which makes for late nights and little sleep…which accounts for his mom, Machelle Moore’s ability to catch him sleeping during the day and having the evidence to prove it.

Easton has spent a lot of time tinkering on his own vehicle and has found that he really has a knack for it.

Easton has also helped his friends work on their vehicles, so he is actually building a clientele of sorts already. In fact, mechanics is one of the things Easton is considering as a career option, a side option, or a temporary option while he prepares for the other possible career option that he is considering. Like most young people, Easton is very comfortable with computers, and would not mind getting a job on the internet or maybe in computer programing. The possibilities in computers are endless right now, and things are advancing so fat that what seems far-fetched today is very possible in the very near future.

One thing Easton isn’t considering right now is moving out on his own. Like most high school graduates, he would like to, but with rentals in Powell running around $1000 a month for a one-bedroom apartment, that is just not feasible. Moving out right now around here is not a good idea. So, his plan is to live at home, while 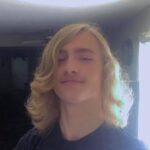 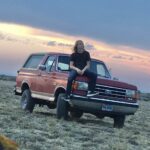 working, and to begin taking college classes to advance his computer skills, so that if that is what he decided he wants to do in life, he is moving in the right direction for it. As for his mom and dad, I’m sure this plan doesn’t hurt their feelings one bit, because they were facing the “empty nest” and I don’t think they were really very happy about it. Sometimes, it’s nice for the parents to have a little reprieve…even if it’s just a little one. Easton is graduation today and getting ready to go out into the world and make his own mark. Congratulations Easton!! We are very proud of you!!