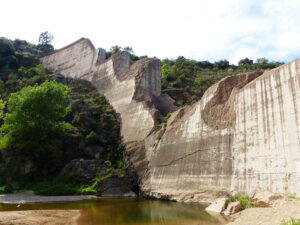 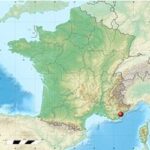 A strange thought, indeed, but Posthumous Marriage is not illegal in France…at least not since the Malpasset Dam disaster of December 2, 1959. While most of us would consider Posthumous Marriage to be a rather morbid idea, there are a couple of reasons that are considered legitimate reasons for the request for such a marriage to be granted. One such reason is, of course, a matter of deep emotional feelings for the lost fiancé. Another reason is to legitimize any children the couple already had, prior to the marriage…which I guess I can see, to a degree. There are rules that must be followed in order to have such a marriage approved…no matter what the reasons. The living partner must ask the deceased partner’s family for permission, and the invitations to the wedding must have already been sent out (showing intent from both members of the couple). The family can choose to allow, or not to allow the marriage, and if they do not agree, it is over. If family approval is given, the living partner must go before a judge to get legal permission to “marry” the deceased partner…who is usually represented at the service with a photograph. And…there are things that do not come with the marriage, such as any of the deceased partner’s property or money. In all reality, it is simply a symbolic event declaring their love for their partner. Nothing more!!

So how did such a strange idea get started in the first place. On December 2, 1959, the Malpasset Dam, an arch dam on the Reyran River, which is located approximately 4 miles north of Fréjus on the French Riviera (Côte d’Azur), Southern France, in the Var department collapsed, killing 423 people in the resulting flood. Signs of an imminent collapse began in November 1959, when a “trickle of clear water observed high on the right [side]” and then cracks noticed later in the month in the concrete apron at the dam toe. The dam was breached at 9:13pm on December 2, 1959. The break was partially due to rainfall and thus the rising level of water. By noon that day, the reservoir had reached its maximum level, and the guardian André Ferro asked for permission to release the excess water, but was denied the ability to do so until 6:00pm of that day. By then, the amount of water was so high that it took three hours to release only a few centimeters of water. The entire wall then collapsed leaving only a few blocks on the right bank. Pieces of the dam are still scattered throughout the area to this day. The damage amounted to an equivalent total of 68 million US dollars.

Apparently, there were so many women who lost their fiancés, that the event also ushered in the practice of posthumous marriage in France. It’s hard for me to imagine that out of 423 people, there were enough fiancés to warrant the need for a new law. I could assume that at least some of those couples were…dating yes, but not planning their weddings. Remember, that the invitations had to have been sent out, so there were a lot of couples in varying stages of wedding planning. Still, posthumous marriage is a very strange idea.