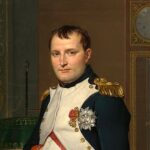 I think most of us have heard about the Louisiana Purchase, but I don’t know if I really ever knew the whole story. Maybe it was taught in school, but somehow I missed it. It really was one of the great surprises in diplomatic history.

French Foreign Minister Charles Maurice de Talleyrand because he was the foreign minister to French Emperor Napoleon Bonaparte, was one of the most powerful men in the world. Talleyrand had convinced Napoleon that he could create a new French Empire in North America. The French had long had a rather weak claim to the vast area west of the Mississippi River known as Louisiana Territory. The Louisiana Territory was going to be his starting place for that power in North America. In 1800, Napoleon secretly signed a treaty with Spain that officially gave France full control of the territory. Then, Napoleon began preparing the French army to occupy New Orleans and bolster French dominion. President Thomas Jefferson heard about Napoleon’s plans in 1802. It was an alarming revelation, especially in light of Napoleon’s desire for world domination. having him in control of part of North America brought him a little close for comfort. Also, Jefferson knew that the United States would need to expand 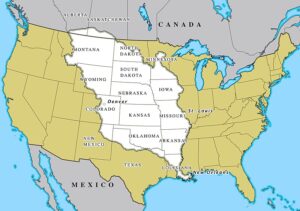 westward beyond the Mississippi, but she could never challenge the French militarily for the territory. Jefferson’s minister in France, Robert Livingston, had a lot riding on his ability to negotiate an agreement whereby Napoleon would give the United States control of New Orleans, the gateway to the Mississippi River.

Livingston’s initial attempts at reaching a diplomatic agreement failed, and the situation looked bleak, but then in early 1803, Jefferson sent his young Virginia friend James Monroe to Paris to assist Livingston. By that time Napoleon’s situation in Europe had changed for the worse. He had stirred things up enough that war between France and Great Britain seemed imminent. Napoleon could no longer spare the military resources needed to secure control of Louisiana Territory. Rather than lose the territory to a British takeover, Napoleon reasoned it would be better to sell Louisiana to the Americans.

So, in the end, it wasn’t the expert negotiating skills of Livingston and Monroe, but rather Napoleon’s need to unload the territory. On this day April 11, 1803, much to Livingston’s surprise, the French minister coolly asked, “What will you give for the whole?” He was offering no the whole of New Orleans, but the whole of Louisiana Territory. Livingston and Monroe knew that for whatever reason, they were being offered “the moon” and they 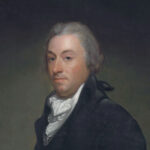 should jump on the opportunity. Livingston and Monroe discussed France’s proposed cost for the territory. Several weeks later, on April 30, 1803, the American emissaries signed a treaty with France for a purchase of the vast territory for $11,250,000.

The move was a good one for Napoleon too, because a little more than two weeks later, Great Britain declared war on France. Napoleon had to abandoned his dreams of a North American empire with the sale of the Louisiana Territory, but he also achieved a goal that he thought more important. “The sale [of Louisiana] assures forever the power of the United States,” Napoleon later wrote, “and I have given England a rival who, sooner or later, will humble her pride.”