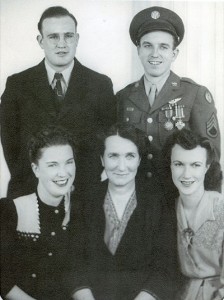 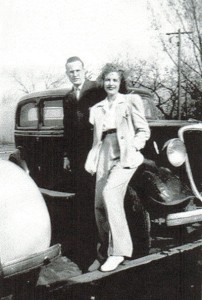 During World War II, while my dad was serving in the Army Air Force at Great Ashfield, Suffolk, England, my Uncle Bill, who was passed over for military service due to his flat feet, worked at the Globe Shipbuilding Co in Superior, Wisconsin. My family was made up of patriots from way back. My aunts, Laura and Ruth worked in the shipyards as well, as riveters on the ships. Times were tough, and the war was expensive, but necessary. They all worked hard, sometimes seven days a week, twelve hours a day, and they were glad to do it. They were doing their part, it was something they were all very proud of…as were many people in those days. It was a time, when people put others first and themselves last. They saw what needed to be done and they did it. They didn’t sit back and expect others to take care of them. The got out there and they worked hard.

Still, as with any occupation, especially one that is grueling physical labor, you have to have some down time is order to rejuvenate yourself for the future tasks that you will encounter. With the gas rationing that was normal for that time in history, they couldn’t travel very far for their rest and relaxation, so the members of my dad’s family who were “holding down the fort” at home, took to the local parks and recreation areas for a little bit of picnic fun.

Places like Pattison Park and a friend’s cabin at Lake Minnesuing became places of refuge. They provided the war weary workers a place to get away from all the worry and fear for those in harm’s way…a little bit of a distraction from all that was going on in a world that had gone crazy. Gas rationing limited the plaes they could go, so they had to stay close to home, and they had to limit the outings. We don’t understand gas rationig in this day and age. We know about rising gas prices, but not rationing, where you only get so much a week or a month…where you learn to walk places or ride a bicycle places, but they did. It was a way of life during World War II. Sacrifices had to be made to ensure that evil did not 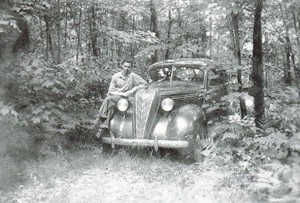 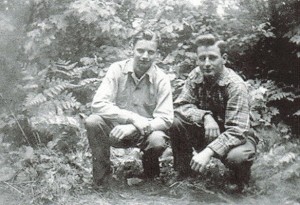 take over this world, and the people of that time, military and civilian did what they had to do to see to it that evil did not take over. They were real patriots, the kind who would never gave up until the war was won. There are still a few of those people today, but I have to wonder if they are a dying breed.