A Friend To All 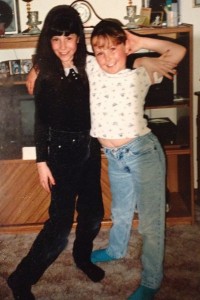 Kids are always doing goofy little things, and my niece Michelle is no exception. When I asked my niece, Lindsay, who is Michelle’s cousin/best friend/partner in crime, to give me a little dirt on Michelle for her birthday story, little did I know what I would hear. When I think of Michelle, I automatically think of Lindsay too, because they were practically inseparable as kids, and while they live a good distance away from each other now, that distance has not changed their friendship at all. As little kids, they decided to make up a special language for themselves. In the end they made up several…and they both knew exactly what the other one was saying. I suppose that it might be because their languages were logical to a degree. Lindsay explained one language this way. My name is spelled Caryn, so in their language it would be Caong Arong Yon Nong. Now that’s a pretty long version of a name that isn’t really that long, but that would be the name anyway. The girls understood each other completely, and their favorite thing to do was to go to Walmart and walk around talking to each other in their secret language…just to see the people around them looking at them like they were crazy. They enjoyed that so much that they spoke that language for two years.

No matter how inventive these girls were, the one thing they couldn’t imagine was enjoying a Bologna sandwich. Their grandma, my mom fed her kids and grandkids a lot of Bologna sandwiches through the years, and whenever she fed them to Michelle and Lindsay, they would take the Bologna off and throw it in the bushes in the back yard, and eat the sandwich with mayonnaise, mustard, and pickles, and they decided that they kind of liked it…and they thought Mom’s taste in sandwiches was bad. I’m sorry, but I beg to differ. Mayonnaise, mustard, and pickles…I don’t think so, girls. Still, it’s a wonder the bushes didn’t die, because…let’s face it, Bologna isn’t plant food. Michelle, is however, a very good cook, and in their senior year, Michelle had a free period right before lunch. She would go home and make lunch for Lindsay who would come over at lunch. It was a fond memory of Lindsay’s from that year. Another fond memory is the day that Michelle and Lindsay kidnapped, Lindsay’s little sister, Kellie and made her ditch her class. Kellie was a little freaked out about it, but their mom, my sister, Allyn was a good sport, and didn’t kill them for it.

Michelle is seldom called Michelle, because she has a number of nicknames. I don’t know if these date back to the secret languages or not, but Lindsay has long called her Mash Stav…don’t ask me why or what that means, because it doesn’t mean anything, it’s just one of the goofy names they used. Lindsay also called her Meechelle, my Belle. Lacey, Michelle’s little sister often called her Mish Mash. They couldn’t go with any of the normal nicknames, like Shelly or anything, because that would be too…normal. And not to be outdone, Michelle had nicknames for Allyn’s family too. Lindsay became Lance, Kellie became Killay, and Allyn became Lynnie…and there are probably many more that we haven’t thought of. 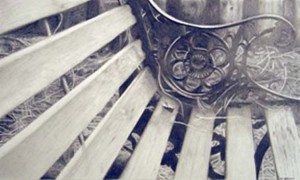 Michelle is a very intelligent person. She has moved to Spearfish, South Dakota to finish her education, before beginning her career choice of being an art teacher. She is an incredible artist and will be an amazing art teacher. She is also a very fun person, who is a friend to all. While she does feel lonely and homesick sometimes, she likes the Spearfish area, and especially the lack of wind. We miss her too. Today is Michelle’s birthday. Happy birthday Michelle!! Have a great day!! We love you!!