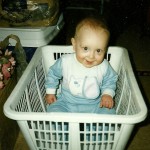 It seems impossible that I have been a grandmother for twenty years now, but with this birthday, my first grandchild, Christopher Petersen turns twenty. We were so excited about his impending birth…and then he was here. Like his mother, he had arrived on his great grandmother’s birthday. There was excitement all around. As Christopher grew, we were treated to his smiling face, his cute little animal sounds, and his antics. He loved throwing all the clothes out of the clothes basket, and climbing in instead. Every time he did something new, he was so pleased with himself. Chris loved being the funny man. Still, as much as Chris liked the funny side of life, I can also tell you that Chris is a young man of deep feelings too. He is sensitive to the needs of other people, and he hates hurting anyone’s feelings.

Chris is very close to his parents, Corrie and Kevin Petersen, and his brother, Josh. Leaving home for college, while a great experience, has been hard of Chris too. He reminds me a lot of myself in that way, because I like living in the same place as my family. I know that doesn’t work out for everyone, but for me, and for Chris…we really wish it would. I can see Chris coming home after college, and opening his own restaurant. It has been a dream of his for some time now. College, for Chris, has been a means to an end. It remains to be seen, what kind of cuisine Chris will choose, but I think he has some ideas in mind, and he is a great chef!!

For Chris, there is no greater hobby than working on cars…especially hot cars. I think he gets that from his dad and both grandpas. Chris has a Camaro that he loves to work on, and whenever he is home from school, he, his brother, Josh, and their dad can be found out in the garage or in the front driveway working on their respective cars or trucks. It’s a great way for them to bond…and to have great cars too. 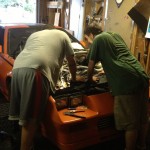 With all that the guys do together, they still don’t forget about the one female in the family, my daughter, Corrie. I would love to say that they treat her like a princess, and really they do, but she has to be the most picked on princess ever, because they all love to tease her. That is something the boys learned from their dad, Kevin. They can tell you a story with a straight face, and make you believe it…or at least wonder. That is one of their best talents, and Chris is one of the best kidders. Today is Chris’ 20th birthday. I can’t believe it. Happy birthday Chris!! Have a great day!! We love you!!

She Likes Her Bling 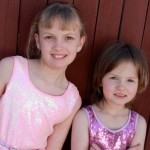 Early in her life, Audrianna was a tomboy. She was shy and quiet too. Now that she is a little older, she has begun to change and become more like her older sisters. She likes pink and bling. She isn’t the shy, quiet little girl she used to be. Now she is quite the little chatterbox. She loves to goof around with her sisters and brother. I think she might turn into quite a little kidder.

Audrianna used to be too shy to just come up and hug someone, unless she was told to, but recently, she he lost that shyness, and in it’s place is a loving girl who surprised me the other day when she came up to get a hug from me. I love it when these little ones come into their own, and begin to know who is related to them and who is ok to talk to. Before that, unless you are very close family, those shy babies aren’t too sure of you.

Audrianna has a gentleness about her that you don’t often see in a child of six years, but that is just a part of who she is. I think this quiet little girl might just be a little bit like her great aunt, in that we both concentrate deeply. We can get so lost in thought, that we almost don’t hear what is going on around us. The world just disappears around us. It seems odd, but it is how we are.

I’m excited to see where Audrianna’s personality will go next. She is at that age where 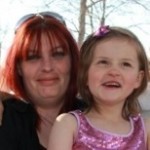 change is inevitable. She has Kindergarten behind her now, and she is now moving into the independence that begins to come with grade school. Their personality is now influenced by more than just their family…as teachers and friends begin to play a part. Nevertheless, I think that Audrianna will not be easy to turn from her sweet little ways, and so only the good things will be gleaned from those around her. Audrianna strikes me as a very stable girl, and I think that Audrianna will grow up to be a wonderful woman some day  It’s a part of who she is deep down inside. Today is Audrianna’s 6th birthday. Happy birthday Audrianna!! Have a great day!! We love you !!