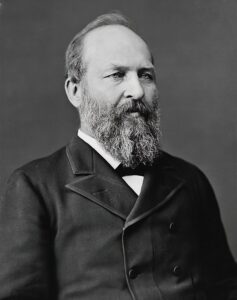 In the history of the United States, 4 presidents have been assassinated. Of course the ones we remember the most are Abraham Lincoln and John F Kennedy. The other two were William McKinley and James Garfield. With Lincoln and Kennedy, death was quick, even though with Lincoln it took until the next day. With McKinley, death came 7 days after he was shot, but with Garfield, death needn’t have come at all.

President James A Garfield had served as the president for just four months when he was shot on July 2, 1881, by Charles Guiteau in Washington DC. Guiteau had been stalking the president for about a month, and he shot him in the arm and the back. Guiteau wasn’t much of a shot I guess. Garfield didn’t die instantly, and in fact he didn’t die for 11 weeks. In the end, it wasn’t the wounds that caused his death, but rather that the wounds became infected which claimed the president’s life in the end. Had the doctors of that age known more about infection, I believe Garfield might have lived. Infection always comes from exposure to a bacteria or virus. Yes, it could have been introduced by the bullets, but with the proper treatment, the infection could also have been thwarted. Of course, I don’t know if President Garfield would have been able to walk, or move in any other way, because I don’t know how bad the wound in his back was. Nevertheless, a would that took 11 weeks to kill the man, could not have been an infection that could not be healed. Of course, I’m no 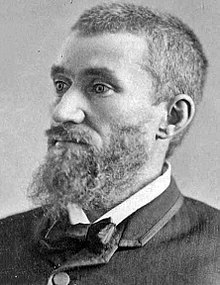 doctor, but then modern medicine has many more tools in it’s belt now than it did then. Ironically, when you think about it Garfield was not the only one of the assassinated presidents who faced exposure and lost. The others were exposed to their assassins bullet, a sad but true fact. It’s just that Garfield suffered a much longer length of time than the others…and that is truly awful.

Apparently, Guiteau was angry because the president didn’t appoint him to the office he desired. That is an insane reason to kill a man, and Guiteau must have been a man who could not control his own emotions…sadly. While the assassinations of Lincoln, Kennedy, and McKinley are still steeped in conspiracy theories and political ideology, Guiteau’s motivations were simple…egomania, delusions of grandeur, and the belief that God had willed him to “remove” Garfield from office. Guiteau failed to become the “great man” he was striving to be, and after being convicted of murder, Guiteau was sentenced to death and was hanged in 1882.