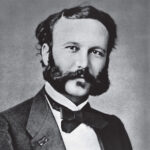 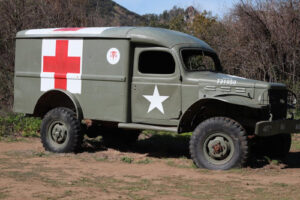 When it became necessary to improve the condition of the wounded soldiers during a war, 12 nations adopted The Geneva Convention of 1864 for the Amelioration of the Condition of the Wounded and Sick of Armies in the Field during a meeting in Geneva. Basically, the agreement, which had been advocated by Swiss humanitarian Jean-Henri Dunant, provided for the neutrality of medical personnel, so they could provide care to the sick and wounded in times of war, without considering the nation the soldier came from. It’s hard for me to think of refusing a soldier care because he fought for the enemy. He is still a human being, and still needs care. Nevertheless, there were times when the medics were not allowed to care for enemy troops.

When the proposal was adopted, is was necessary to design an international emblem to mark medical personnel and supplies. In honor of Dunant’s nationality, a red cross on a white background…the Swiss flag in reverse…was chosen. Most of us have seen it, in person or on television. The MASH units had the symbol on the top of their tents. Military ambulances had it on the top of the unit. The organization became known as the International Committee of the Red Cross. Of course, we know it as the Red Cross. After a time many nations formed their own branches of the Red Cross.

Clara Barton founded the American chapter after hearing about the Red Cross in Geneva, Switzerland. In 1869. Barton went to Europe and became involved in the work of the International Red Cross during the Franco-Prussian War. After the war, she was determined to bring the organization to America. Barton became President of the American branch of the society, known as the American National Red Cross in May 1881 in Washington. Barton had connections in New York, so she opened the first chapters there. Money was donated by John D Rockefeller and four others to help create a national headquarters near the White House. Frederick Douglass, the abolitionist and a friend of Barton’s, offered advice and support as she sought to establish the American Chapter of Red Cross. As Register of Deeds for the District of Columbia, Douglass also signed the American Red 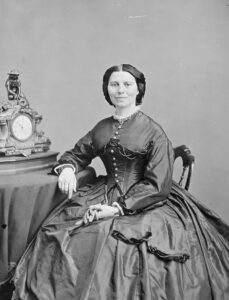 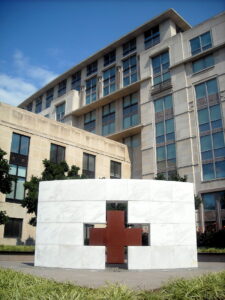 Barton led one of the group’s first major relief efforts, a response to the 1881 Thumb Fire in Michigan’s Thumb region. Over 5,000 people were left homeless. The next major disaster was the Johnstown Flood on May 31, 1889. Over 2,209 people died and thousands more were injured in or near Johnstown, Pennsylvania, in one of the worst disasters in US history. The American National Red Cross, became an organization that was highly respected. Over the years they have done much to provide humanitarian aid to victims of wars and natural disasters in congruence with the International Red Cross. In 1901, Jean-Henri Dunant was awarded the first Nobel Peace Prize.