When I think about our organized military system, both during the years of the draft and now with our military being voluntary service, it occurs to me just how fortunate we, as a people, are to live where we do. There are so any evil leaders in countries who are not only enemies to the rest of the world, but in reality, enemies to their own people. In those countries, the military forces are not only not voluntary and not draft either, but rather they are forced into service, and often taken forcibly from their homes in the middle of the night, never to be seen again. Those taken are often children…even very young children, who are taken from their families and trained to be soldiers, or rather, trained killers. Their lives are viewed as unimportant. They are simply there to do the bidding of their evil government, and die doing it if necessary. They are expendable, because to replace them, the government simply goes out in the middle of the night and takes another child from another family by force. This was the position my great great grandfather, Stephan Beier found himself, his wife, Anna Maria Meier Beier, and their family in, one night in Russia. It was the reason that his family left Russia, and it was the reason my grandfather, Cornealius Byer was in the United States when he met my great great grandmother, Edna Fishburn in the Dakota Territory in the mid 1880’s.

The family had been asleep and suddenly, they were awakened to the most horrifying event any family could ever imagine. Their son was taken at gun point, by soldiers. It was the Russian draft of the day. They did not care what his age was, nor did they care about any other qualifications, or the lack thereof. They needed more soldiers, and he had been chosen. I’m sure they had watched him for some time, along with watching many other young men his age. I don’t know how old he was at the time, but I do know that he was probably not out of school yet. What I do know is that my great great grandparents never saw their son again. My guess is that he probably lost his life in a battle somewhere within a year. The Russian leaders did not care about the soldiers…they were expendable…a dime a dozen, so their safety was unimportant. They were most likely sent into the worst battle zones, to fight the most likely to be lost battles. In that way, they government could keep their best officers and soldiers, the ones who had chosen to be there…if that was possible, safer from the worst battles. Or maybe, they put all the soldiers in the same harm’s way.

My great great grandparents were very distraught at the events of that night and they knew that they were not going to go through it again. The decision was made to secretly make their way out of Russia and go to the United States where their children could grow up safely, and if they were drafted into military service, they would be treated with dignity, and they would be able to stay in touch with their families. No parent is completely comfortable with their child going into military service, because if there is a war, their child will be in the middle of it. Nevertheless, they are proud of their child’s service…when it is done in the right way. To come into their home in the middle of the night, and forcibly take their child, knowing that they will never hear from that child again, is simply and horribly wrong. My great great grandparents decided that they were never going to go through it again. That is what made their decision to immigrate to the United States a move that was much less scary that the thought of staying in Russia. They never knew what happened to their son, and I’m certain that was something that stayed with them all their lives, but they knew they had done the right thing when they saw the rest of their family grow up and lead good lives in the United States. 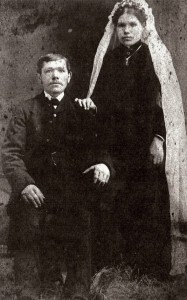 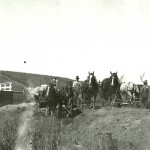 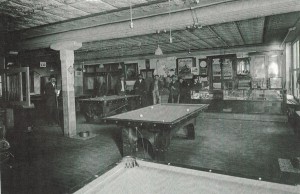