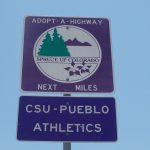 In 1980, the United States started a national clean-up program called Adopt-A-Highway. I’m sure we have all seen the signs along the highway, although these days we are so used to them, that it’s easy to miss them, if we aren’t paying attention. Littering was a big problem when I was growing up. I recall everyone tossing trash out the window, while driving down the highway. Then a man, by the name of James Evans, an engineer for the Texas Department of Transportation (TxDOT), saw debris flying out of a pickup truck bed. Litter cleanup by the city was expensive, so Evans sought the help of local groups to sponsor the cleaning of sections of the highway. In addition, the efforts of Billy Black, a TxDOT public information officer, led to quarterly cleanup cycles, volunteer safety training, the issuing of reflective vests and equipment, and the posting of adopt-a-highway signs.

Like any new idea, the Adopt-A-Highway program took a while to kick off. but in 1985, the Tyler Civitan Club became the first group to volunteer, adopting by two miles along US Route 69 just north of Loop 323 between Tyler and Interstate 20. It was the kick start the program needed. The program proved to be very successful and has since spread to 49 states, Puerto Rico, Canada, New Zealand, Australia, and Japan. Vermont has a similar program called “Green Up.”

Some states, such as Nevada, allow both Adopt-a-Highway and Sponsor-a-Highway programs. In both programs, an organization that contributes to the cleanup is allowed to post its name. That is where the similarity ends, however. While an adopting organization provides the volunteers who do the litter pickup, a sponsoring organization instead pays professional contractors to do the work. Safety concerns, make the latter more typical in highways with high traffic volumes. 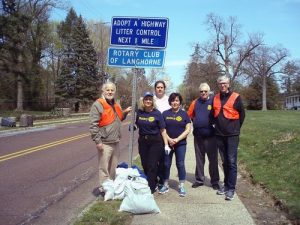 There have been some controversies, such as when the KKK wanted to join. People were against it and some anger was stirred up. The Adopt-A-Highway program allows any organization to participate, which became a point of controversy when the Ku Klux Klan adopted a portion of Interstate 55 just south of St. Louis, Missouri. While legally the program had to uphold the groups’ rights to participate, public outcry and repeated destruction of its sign was a cause of concern. In November 2000, the section of highway was designated as the Rosa Parks Freeway after the famous civil rights figure. It was then that the problem began to work itself out. The KKK sponsorship was later dropped from the program for the group’s failure to fulfill its obligations, and the Missouri Department of Transportation adopted specific criteria to prohibit hate groups from future participation. However, the 8th Circuit Court of Appeals ruled that any attempt to bar the Klan from participation in the Adopt-a-Highway program on the basis of the group’s purpose is a violation of the First Amendment. The Supreme Court declined to hear the case, so the ruling stood.

In January 2005, the American Nazi Party adopted a stretch of the rural Sunnyview Road NE outside Salem, Oregon. Two signs were put up along the road that bore the names of the American Nazi Party and NSM. The signs, which cost $500 and were almost immediately subject to vandalism, have since been removed. The American Nazi Party’s chair, Rocky J. Suhayda, claimed to have no association with the Adopt a Highway program. In 2009, the state of Missouri renamed a section of highway after Rabbi Abraham Joshua Heschel, because it had been adopted by a neo-Nazi group. Rabbi Heschel fled the Nazis’ advance in Europe and became a

prominent theologian and civil rights advocate in the United States before his death in 1972. Rabbi Heschel’s daughter opposed this decision.

To me it seems that caring for the earth, and hate groups just don’t go together. I don’t understand why a law can’t be made, to stop hate groups from participation in this or anything else that is service oriented. I think that any group that joins to exploit the sensational aspect of things should be able to be banned, but that is my opinion. Economically, the program may be viewed as a way of getting around regulations prohibiting billboards next to a highway and on a per-view basis. Still, it is more economical than billboards. 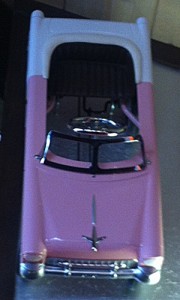 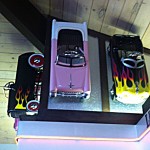