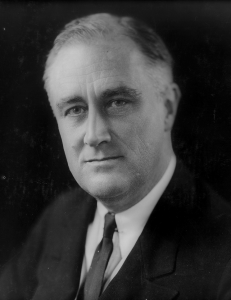 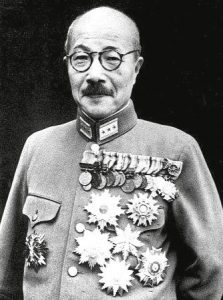 A sneak attack…not something that happens overnight. That kind of attack takes planning. Relations between the United States and Japan had not been good, but now with Japan’s occupation of Indo-China and the implicit menacing of the Philippines, an American protectorate, they were deteriorating rapidly. The Americans had retaliated by seizing of all Japanese assets in the United States. That action was followed by the closing of the Panama Canal to Japanese shipping. In September 1941, President Roosevelt issued a statement, drafted by British Prime Minister Winston Churchill, that threatened war between the United States and Japan should the Japanese encroach any farther on territory in Southeast Asia or the South Pacific.

The Japanese were keen to wield more power on the people of the earth. To do that, they had to take down the biggest super power, the United States of America. And to protect themselves, they needed to take Hawaii out of the hands of the United States, because it was a gateway in the Pacific that they couldn’t afford to have in the hands of the Allies. On September 24, 1941, the Japanese consul in Hawaii was instructed to divide Pearl Harbor into five zones, calculate the number of battleships in each zone, and report the findings back to Japan. They were preparing for the attack they had planned for December.

The Japanese military had long dominated Japanese foreign affairs. The official negotiations between the United States secretary of state and his Japanese counterpart to ease tensions were still ongoing, but Hideki Tojo, the minister of war who would soon be prime minister, had no intention of withdrawing from captured territories…even if the negotiations required it. He also decided that the American “threat” of war as an ultimatum, and he made plans to attack first in a Japanese-American confrontation: the bombing of Pearl Harbor.

As the plans began to gear up, Japan didn’t know that the United States had intercepted the message. Most unfortunate, was the fact that the message was sent back to Washington for decrypting. There were not a lot of

flights east, so the message was sent via sea. That process took more time. When it finally arrived at the capital, staff shortages and other priorities further delayed the decryption. When the message was finally unscrambled in mid-October, it was dismissed as being of no great consequence. It was a huge error on the part of the American intelligence community, and on December 7th, everyone would know that.