A Long Line of Presidents

I have always known of my family’s relationship to Princess Diana, and I also knew about the Knox family’s relationship to James Knox Polk, who is Bob’s 2nd cousin 5 times removed, but in more recent years I have come across, or as one family member put it, tripped over a line of presidents on my side of the family as well as Bob’s. It seems that both of us are related George HW Bush, my 15th cousin once removed, and George W Bush, who is my 15th cousin 2 times removed. We are also related to, although in a roundabout way, Andrew Jackson, the husband of aunt of wife of 1st cousin 6x removed of my husband, Bob…I know, that one is a little bit complicated.

I did not know of the Spencer connection to, Calvin Coolidge, Franklin Delano Roosevelt, and George Washington. I also did not know of the Knox connection to the family history to Kentucky Frontiersman Daniel Boone, Benjamin Harrison, a signer of the Declaration of Independence; his son, William Henry Harrison, 9th President of the United States; his great-grandson, Benjamin Harrison, 23rd President of the United States and…President George Washington. At this point, I don’t know at what level we are related to these, but I am finding out that Bob’s family history and my family history are intermingled in several areas. Now that I have some of this information, I look forward to putting these people into my family history, so I can find out how we are connected and who else might be in the family.

I have also found out that on the Spencer side of the family, Henry and Isabella Lincoln Spencer, who lived in the 1400’s, had a very large influence on the United States, as well as England, through their offspring. And, I have found out that John and Jean Gracy Knox, who lived in the 1700’s, also had a large influence in American history through their offspring. It is very strange to me to look at the people in history, knowing that at the time they had children, they had no idea what impact those children and their descendants would have on the world. To be an American president or a signer of the Declaration of Independence, made these men very well known throughout history. Even a frontiersman from Kentucky who probably never gave any thought to what the future of our nation might be at the time he was doing his part to go down in history, has managed to become an endeared character in all the history books, as well as, in television shows and movies. Who would have ever thought that could happen?

It’s odd to think that, depending on what we do with our lives, any one of us could stand out in the history of the nation and the world. Little did anyone think of the future when they began whatever cause they held close to their heart, and yet, just a short time down the road, they have become a household name, written in every history book, with parks, schools, museums, and airports, named after them. I wonder if they had any inkling just how big they were going to become. It is mind boggling just to think back on it now, and I’m not them. Of course, they didn’t really know how big they would be at the time they were becoming so big. Still, 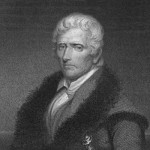 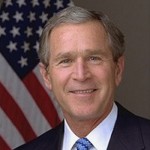 the presidents had to have known at the time they were elected that they had joined an elite group of men, and that would never change from that point on. Good or bad, right or wrong, the decisions they made from the first day of their presidency to the last, would be on record as either a testament or detriment to the man. I think that, in itself, would be a daunting thought, but in reality, they couldn’t think about that much when the decisions that affect a nation are in their hands. Just like their predecessors, they are a part of a long line of presidents, and some of them, are a part of my family.