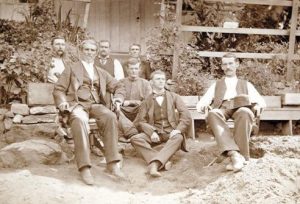 Cleaning Up The Mess 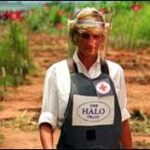 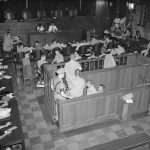 We all know that war is a nasty, messy, vicious event. Nevertheless, sometimes war is necessary. Unfortunately, in our world, evil exists, and sometimes the evil is in the form of a dictator, a nation, or a religious group. Wars might be fought differently, but the end result is the same…death and destruction. Still, most wars have an ending point. One side surrenders, and admits defeat. That might seem like the end of the story, but it isn’t. All too often the process of cleaning up the mess after the war, takes far longer than the war itself. In fact, sometimes the cleanup never really happens at all. Such was the case with landmines in Angola. These mines are a legacy of over four decades of fighting during a 14 year war of independence against its former colonial ruler of Portugal and another 30 years of civil war. Like people who put signs up to advertise a garage sale, sometimes they don’t remember where all the landmines were, or maybe they did, and simply didn’t care. Either way, the landmines were killing and maiming people…innocent people. That was the mission my 16th cousin once removed, Princess Diana took upon herself. She wanted an international ban on landmines. Her comments, which were made during a January 15, 1997 visit to Angola to see for herself some of the victims of landmines, were seen as out of step with government policy by the Junior Defense Minister, Earl Howe, who described the princess as a “loose cannon”, ill-informed on the issue of anti-personnel landmines. Nevertheless, Diana was right about the weapons of war that were left behind. The task of cleaning up the mess may have been a daunting one, but the result of leaving them behind was gruesome.

Of course, these weren’t the only messes that needed to be cleaned up after a war. There were buildings to be rebuilt, the dead to bury, the economy to build up, and the government often had to be restructured. The country might have been the enemy, but if things weren’t handled right after the surrender, the same evil people might move right back into power. Of course, cleaning up the mess…often known as policing the nation that has now surrendered, is no easy task either. Most people don’t want the winning army there. Their country is nothing like it used to be. Some believe that is a good thing, but it was still their home, and now everything feels…wrong. Their homes are destroyed, food is can be scarce…water too. Everything they have known for their whole life is gone. No wonder they don’t want the army there…or maybe they secretly do, because their home has become just a very scary place. I suppose that is why a part of the surrender agreements include restoration of the country, and the new government and police.

One more part of cleaning up the mess is the task of trying the perpetrators for their war crimes. That was the main reason that Hitler took his own life. He knew that he would be tried and convicted of the crimes he had committed, and he couldn’t face what would follow. He would have been left to the mercy of his countrymen, 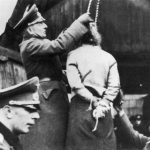 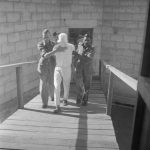 and he would have ended up being hung, like Saddam Hussein was for his war crimes. A dictator can’t brutally kill the people who he is in power over and not be hated…truly hated, no matter what the people act like when they are forced to act loyal. The trials for war crimes in many ways seems to the world, as if one nation is trying to be the world police. The United States has been accused of this before, but the reality remains, that someone has to try these evil criminals, and someone has to clean up the mess. In the absence of another nation to step up, the job usually falls to the United States. 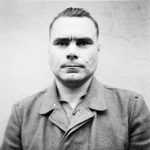 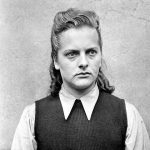 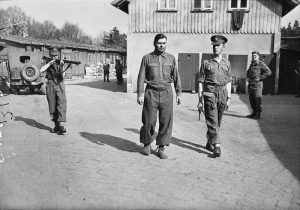 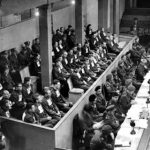 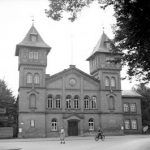