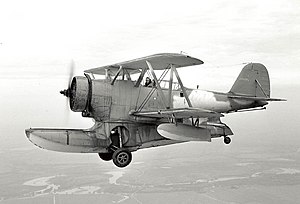 “Leave No Man Behind” is a creed often repeated and strictly followed by various units and soldiers. The interpretation of the phrase is applied to the treatment and extraction of the seriously wounded, the recovery of the body of military members killed in action, and the attempts to rescue or trade for prisoners of war. Technically, it didn’t really apply concerning the North Atlantic Ferry Route, also known as the Snowball Route. The route was a transport route used during World War II. It went from Goose Bay, Labrador to the one-way runway at Bluie West One on Greenland. Then, the route continued across to Keflavik, Iceland, for a refueling stop. From there it continued to Prestwick, Scotland and finally to England. The route was the United Kingdom’s World War II aerial lifeline, and was used by freighters, as well as European Theater of Operations-bound bombers and fighters…which means that my dad, Staff Sergeant Allen Lewis Spencer might have traveled this route on his way to Great Ashfield Army Airforce Base, Suffolk, England, where he was stationed during World War II.

I don’t imagine that landings at Bluie West One on Greenland would be easy on the best of days, and if the weather was bad, it was going to be far worse, and if there was any airplane trouble, it was really going to get dicey. On November 5, 1942, a Douglas C-53 Skytrooper, a paratroop-outfitted version of the C-47, was heading westbound on the Snowball Route. The plane was empty except for its crew of two and three military passengers returning to the United States from Scotland. The Skytrooper never made it. The crew radioed that they had to make a forced landing on the Greenland ice cap and giving an approximate position. The airplane was intact, and apparently there were no injuries.

Now began the hardest part of the situation…rescue. The C-53 fired flares for the next two nights. The flares were seen at a weather station on the Greenland coast, and rescuers set out toward them on motorized sleds. The group expected to be back in three or four days, if the weather held, but their sleds broke down, and they never found the C-53. After that, the flares stopped, and the plane and crew would never be seen or heard of again. Meanwhile, a variety of eastbound B-17s, B-25s, and C-47s that were either already over Greenland or gassing up at Narsarsuaq, the famous Bluie West One base, were detoured for search duty. One of them was a B-17F originally bound for England. On November 9 it took off from Bluie West One, assigned to search the area where the C-53’s flares had last been seen. Aboard the Flying Fortress were its original six-man transport crew, an Army enlisted man they had picked up at Goose Bay and two volunteer observers who had jumped aboard at Bluie West One to help out…an offer they would no doubt regret. 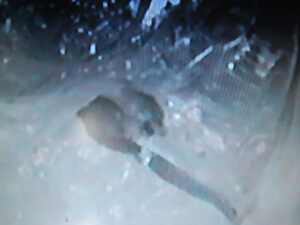 Just as the B-17 reached its search area, it ran into bad weather. Following pilot, Lieutenant Armand Monteverde’s 180 around the weather, he headed back into the search grid, only to fly into a sudden whiteout. Suddenly, the sky, clouds, and ice all looked the same. It was as if the horizon disappeared. Monteverde had no choice but did the only thing he could and banked away to fly back to clearer air. But the B-17’s left wingtip caught the ground, and the airplane skidded onto the ice cap. It was a hard crash, with the bomber traveling only about 200 yards before splitting apart just behind the wings. The Fortress had come down atop an active glacier, spider-webbed with crevasses. It was like landing in the middle of a minefield. The entire broken-off tail section hung over a large open chasm, with another chasm yawning just in front of the bomber. One crewman suffered a broken arm, and others had bad cuts and bruises. Just four were unhurt.

Meanwhile, an RAF Douglas Havoc out of Gander, being ferried through a snowstorm by a Canadian crew, flew past its refueling stop at Narsarsuaq and put down on the ice before its tanks ran totally dry. The Canadians set out on foot for the coast. On November 18, a search plane out of BW-1 spotted the Havoc, but its crew was gone. Five days later, a Grumman J2F-4 Duck from the Coast Guard cutter Northland, landed on the southeast coast of Greenland. They found the crew’s trail, and followed their snowshoe tracks. The men had actually fabricated snowshoes from pieces stripped from the Havoc. That night, Northland fired off flares, and the Havoc crew spotted them. The in an act much like burning his bridges, one of the pilots responded by setting fire to his coat, which in Greenland in late November is a good way to freeze to death. Fortunately, the blazing parka was spotted by crewman aboard Northland, which put a rescue party ashore and found the Havoc crew.

On the morning of November 28, the cutter Northland dispatched their Grumman J2F-4, a plane known as the Duck into the hunt as well. On board were Coast Guard pilot Lieutenant John Pritchard Jr and his radioman, Petty Officer 1st Class Benjamin Bottoms. They took off for the B-17 crash site. Pritchard overflew the B-17 and radioed its crew for landing advice. “Don’t try it,” Corporal Howarth replied, “crevasses everywhere.” Colonel Balchen, coincidentally, was overhead at that moment in the DC-4, making a supply drop. Nevertheless, Pritchard found a smooth, sloped, apparently crevasse-free area a mile north of the B-17 and carefully touched down with his landing gear extended. He landed uphill, and the Duck quickly came to a stop. It was the very first successful landing of an airplane on the surface of Greenland’s ice cap. The Duck made two trips to rescue 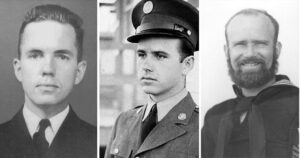 the men in the B-17, the first successful; and the second with passenger, radioman Loren Howarth, ended in a crash that would leave the plane lost for seven decades.

Fast forward…to 2012, when a company by the name Global Exploration and Recovery found the remains of the Duck in 38 feet of ice, with its crew and passenger still onboard. GEaR believes in “Leave No Man Behind,” and does its best to find these downed war birds to bring them and their crew…finally home, if they are still in the planes. What a noble effort.