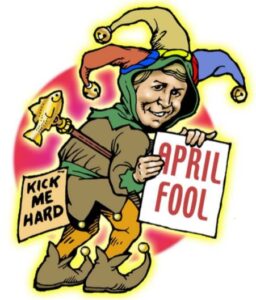 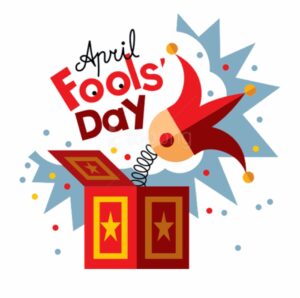 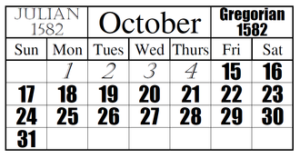 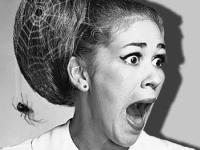 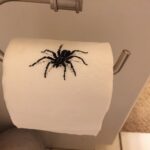 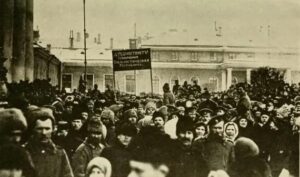 By 1917, Czar Nicholas II had already lost all of his credibility. The corruption in the government was rampant, the economy was a mess, and Nicholas repeatedly dissolved the Duma…the Russian parliament established after the Revolution of 1905…whenever it opposed his will. All that was bad, but the immediate cause of the February Revolution, which was the first phase of the Russian Revolution of 1917…was Russia’s disastrous involvement in World War I. Militarily, Russia was no match for industrialized Germany, and Russian casualties were greater than those sustained by any nation in any previous war. They were severely pounded by the Germans. Meanwhile, the economy was hopelessly disrupted by the costly war effort, and moderates joined Russian radical elements in calling for the overthrow of the czar, who was already weak due to family problems, namely a sick child.

While most of the world switched from the Julian calendar to the Gregorian calendar in 1582, Russia didn’t make the conversion until 1918. So, 104 years ago, the Russian people irrevocably had half a month wiped out of their lives…13 days of February in 1918. Their calendar went from January 31, 1918, to February 14, 1918…overnight. On March 8th or February 23rd, 1917, depending on the calendar you choose to use for the event, demonstrators were clamoring for bread in the streets of the Russian capital of Petrograd (now known as Saint Petersburg). Supported by 90,000 men and women on strike, the protesters clashed with police but refused to leave the streets. The strike spread, and on March 10th, it had spread among all of Petrograd’s workers, and irate mobs of workers destroyed police stations. Several factories elected deputies to the Petrograd Soviet, or “council” of workers’ committees, following the model devised during the Revolution of 1905.

By March 11th, the troops of the Petrograd army garrison ordered soldiers to crush the uprising. Regiments opened fire, killing demonstrators, but the protesters kept to the streets, and the troops began to waver. Nicholas dissolved the Duma again on that day, and on March 12, the revolution triumphed when regiment after regiment of the Petrograd garrison defected to the cause of the demonstrators. The soldiers, some 150,000 men, subsequently formed committees that elected deputies to the Petrograd Soviet.

issuing “Order No. 1,” which instructed Russian soldiers and sailors to obey only those orders that did not conflict with the directives of the Soviet. Czar Nicholas II abdicated the throne the next day, March 15th, in favor of his brother Michael, who refused the crown, ending the czarist autocracy.

The Petrograd Soviet tolerated the new provincial government and hoped to salvage the Russian war effort while ending the food shortage and many other domestic crises…a daunting task. Meanwhile, Vladimir Lenin, leader of the Bolshevik revolutionary party, left his exile in Switzerland and crossed German enemy lines to return home and take control of the Russian Revolution. 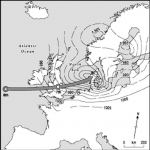 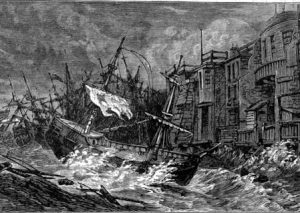 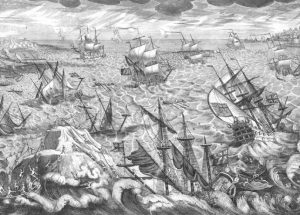 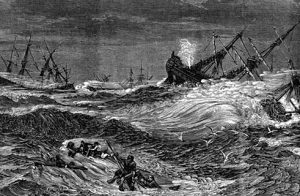