Karen is my grandson, Chris Petersen’s fiancé, and they are having my first great grandchild, a baby girl, just about any time. Since she was just a little girl, Karen has wanted to be a mommy, so this baby is a dream come true. I have seen Karen with her friends’ babies, and it’s plain to see that Karen is totally in her element with babies. She is going to be an amazing mom. Her sweet disposition and her caring ways really shine when she is caring for and playing with a baby. Her little girl is due on my daughter, Amy Royce’s birthday, but you just never know when these babies will decide to make their appearance. Early or late, we don’t have very long to wait, that’s for sure.

Karen has a great sense of humor, and loves to pull of a good joke or prank, and since she has been around my grandsons, Chris and Josh, her pranks, like theirs, tend to be aimed at the grandma…me. Of course, they are all in good fun, and so nothing to get upset about, but it is plain to see that those boys have corrupted that sweet girl already!! Hahaha!! It’s a good thing for her that Karens/Caryns have to stick together (as she puts it), because if that weren’t the case, I might have to retaliate on some of the pranks she has pulled on me.

Karen has been such a great blessing to my daughter, Corrie Petersen, and her husband, Kevin, who always wanted a daughter, and consider Karen to be the daughter they never had. And to top it off, she is giving them a granddaughter, which they really never expected to have. For Corrie and Kevin, this is a twofold dream come true and they are excited beyond words. For them and for me, we love Karen because of the happiness she has brought to Chris’ life. I have never seen my grandson so happy and fulfilled. For him, there is nothing he wants more that to have a family. He is so ready to be a husband and daddy, and I have been so impressed with him as he prepares for the birth of his little girl, and I attribute much of that to Karen. They have been stashing away a savings for after the baby’s birth, and buying diapers so that when she arrives, Karen can stay home with her for a few months. I am so excited for all the wonderful things that are coming in their future…many good things ahead. Today is Karen’s birthday. Happy birthday Karen!! Have a great day!! We love you!! 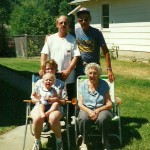 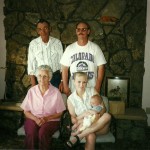