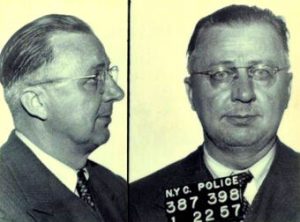 These days, it seems we are hearing about mass shootings, terrorist-type attacks, bombings, and riots, all because people are “disgruntled” about something. It’s like everyone somehow thinks that the best solution to any disagreement is violence. Well, while this type of behavior is not new, it does seem to be happening more and more. Nevertheless, some of the worst attacks weren’t recent, but actually further back in our not so distant past.

On March 29, 1951, out of the blue, a homemade bomb exploded at Grand Central Station in New York City. While there were no injuries, commuters were quite startled. It wasn’t as easy to make a homemade bomb in 1951, because the internet didn’t exist. It’s not that the internet is the only place to find instructions on bombmaking, but it has made the process easier. Over the next few months, five more bombs were found at landmark sites around New York, including the public library. Authorities realized that this new wave of terrorist acts was the work of a man they dubbed the Mad Bomber.

This was not the first time New York had been visited by the so-called Mad Bomber. On November 16, 1940, a 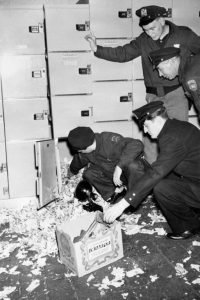 pipe bomb was left in the Edison building with a note that read, “Con Edison crooks, this is for you.” It was a clear indicator of a man who was “disgruntled” with Con Edison over something. What it was all about remained to be seen. Throughout 1941, more bombs were recovered , each more powerful than the last, until in December, the Mad Bomber sent a note stating, “I will make no more bomb units for the duration of the war.” What a strange turn of events. The Mad Bomber was…a patriot!! His letter also stated that Con Edison, New York’s electric utility company, would be brought to justice in due time. I’m not sure whether the people should have been praying for the war to continue, so that the bomber would stop bombing New York; or praying for the horrific war to come to an end. No matter what else he was, the Mad Bomber was not a liar. He made good on his promise, although he sent threatening notes to the press periodically.  The year 1951 brought about a flurry of activity, then the Mad Bomber stopped again until 1954 when a bomb went off at Radio City Music Hall. Then in 1955, the Mad Bomber hit Grand Central Station, Macy’s, the RCA building, and the Staten Island Ferry.

The police faced a stalemate when it came to finding the Mad Bomber, but finally, an investigative team working for Con Ed tracked him down. Looking through their employment records, they found that George Peter Metesky had been a disgruntled ex-employee since an accident in 1931. Metesky was furious that Con Ed refused to pay disability benefits and, in the end, resorted to terrorism as his revenge. This seems to be the 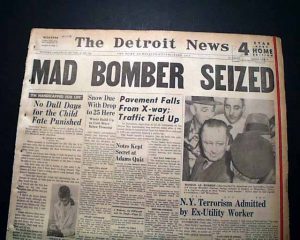 reason a lot of ex-employees resort to violence of some form. They think that because they were wronged, people must die to pay for the injustice they are feeling, never understanding that the people they injure or kill, were completely innocent in that matter. Really!! How dare they do such a thing?

Metesky, had been a rather mild-mannered man, prior to the accident. It was his fury at his injustice that turned him into a monster. Metesky was found to be living with his sisters in Connecticut. Following his capture and trial, he was sent to a mental institution in April 1957 where he stayed until his release in 1973. He died in 1994.