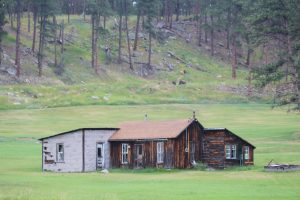 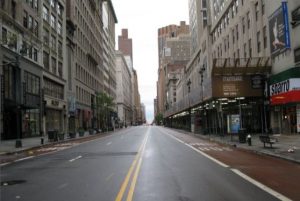 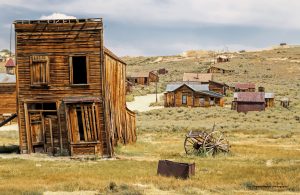 Through A Ghost Town 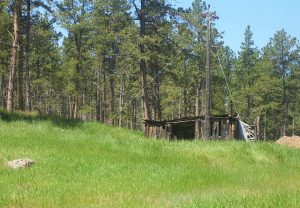 “Every state has ghost towns. Eastern and Midwestern States are no exception. At one time or another you may have driven your car right by a ghost town, not aware of it. If you are a hiker, backpacker, or a hunter, you may have walked past or through a ghost town not knowing one was there.” I read that statement on a web site I was using to research stories for my blog. I had read many stories about ghost towns, but this one intrigued me. My husband, Bob Schulenberg and I have hiked many of the trails in the Black Hills, and I can’t even begin to count the number of times we have walked past old abandoned, crumbling, falling down buildings. To us, they seemed like just an abandoned farmhouse and out buildings, but now I am beginning to wonder if we have been one of those hikers who have walked right through a ghost town, and didn’t even know it. In fact, I’ll bet we have walked right through many a ghost town during our many hikes.

I love photographing old buildings, and often find myself wondering how long they had been there, and why 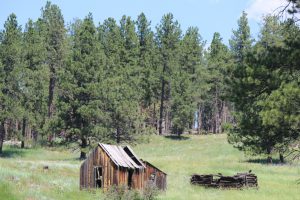 they were left to rot. Of course, the Black Hills is rich in gold rush history, so a ghost town or tow makes perfect sense. We have driven through, and by some of them, and even passed through some while riding he 1880 Train, but for some reason, it didn’t occur to me that some of the old buildings we have hiked by could have been part of a ghost town, but looking back now, it makes perfect sense. I have often found myself wondering who lived there and what their lives might have been like back when the house was newly built. Still, it didn’t occur to me that it might be part of a ghost town. I guess that is because I always thought that all the ghost towns would be well documented with signs alerting the tourists to the site. In reality, those signs would be placed by the town’s owner, who was trying to make a buck by romanticizing the site…and that’s ok too, but that doesn’t mean that every ghost town was so well documented. In reality, it’s the ghost towns that are less documented that hold the most intrigue, because much less is known about them. 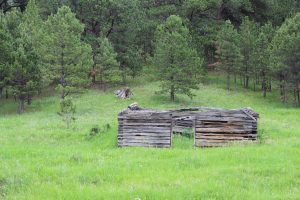 I think that the next time we hike and find ourselves passing by an old rotting building, that I will feel much different about the place than I did in the past. I think I will still wonder about who lived there, but also about whether or not it was a ghost town that once sprung up, and prospered, only to be choked out when hard times hit and the people who lived there moved on in search of a better life. That was, after all, the fate of every ghost town. It was a town that sprung up with the promise of becoming a bustling city, but it was in the wrong place, and life could not be sustained there, so eventually it withered and died off, leaving only the buildings to tell of its presence, and then only to those who happened to pass by.