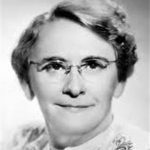 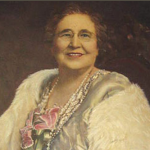 Unfortunately, not every life story is a perfect one. There are among us, who embrace evil, greed, and selfishness, as well as the need to promote themselves as far more important than they are, or ever should be allowed to be. Georgia Tann was purported to be the face of modern adoption practices. She supposedly changed the view of orphan children, from unworthy of better circumstances to simply victims of circumstance who could go on to greatness, if given the chance. She had the backing of many of the prominent members of Memphis society, and officials including Shelby County Juvenile Court Judge Camille Kelley. In reality, Tann operated a horrific human trafficking operation under the name of the Tennessee Children’s Home Society (not to be confused with the legally operated Tennessee Children’s Home) from 1924 to 1950. The non-profit corporation might have been legitimate when first chartered in 1897. Beulah George Tann was born in July 18, 1891, so she was too young to bring her evil into the society when it first began, and didn’t work there when the charter was renewed in 1913, but it was under her leadership that it became an illegal adoption agency.

Tann preyed upon people who had lost their jobs due to the depression, as well as single mothers, telling them that she could help them by taking the children temporarily, until they could get back on their feet. When the parents tried to reclaim their children, they found out that they had been adopted. The parents tried to fight Tann in court, but the courts rules in favor of the Tennessee Children’s Home Society…but she didn’t stop there. She had her people take children off the streets, and even their own front porches. The children were listed as abused, neglected, or abandoned. Their names and birthdates were changed to make tracking difficult…records were routinely destroyed. She also had parents sign forms they did not understand when their babies were born, often while mothers were still under medication, saying that this would let the county pay for the birth. Parents were then told the babies had died. When their older children were taken away, they found out that they had also signed away the rights to their them too. There were many corrupt officials involved in this. The corruption ran deep, and everyone covered up for everyone else in the ring. 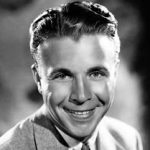 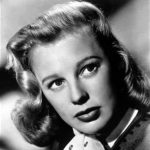 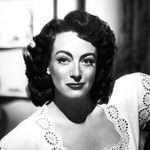 The problem the children faced after being removed from the protection of their parents, who love them; is that the people who take them do not value the heart, mind, and bodies of these children. The children kept there were routinely malnourished, beaten, imprisoned, and abused…in every sense of the word. They were not allowed to go to school, and they were taken to viewing parties so potential…rich parents could take the ones they liked. Tann took children from poor people and gave them to “high-types” of people…for a price, of course. The cost of the adoptions was high and there were additional fees is the child had to be transported to another state. Only the rich could afford them. Tann pocketed the lion’s share of the fees received, and she lived well, while the children often survived on cornmeal mush. It is estimated that over 500 children died in the group homes run by Georgia Tann. Some were buried in mass graves. The final resting place of many others is unknown.

Tann’s rich parents were victims too. They had unknowingly adopted children who shouldn’t have been up for adoption. If they found out what she had done, Tann blackmailed them into silence. Actress, Joan Crawford’s twin daughters Cathy and Cynthia were adopted through the agency. Actors, June Allyson and husband Dick Powell also used the Memphis-based home for adopting a child. Professional wrestler Ric Flair was stolen from his birth mother and placed for adoption. Auto racer Gene Tapia had a son stolen by the agency. A 1950 state investigation found that Tann had arranged for thousands of adoptions under questionable means. State investigators discovered that the Society was a front for a broad black market adoption ring, headed by Tann. They also found record irregularities and secret bank accounts. In some cases, Tann skimmed as much as 80 to 90% of the adoption fees when children were placed out of state. Officials found that Judge Camille Kelley had 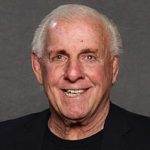 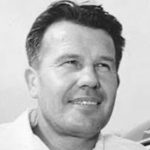 railroaded through hundreds of adoptions without following state laws. Kelley received payments from Tann for her assistance. Tann died in the fall of 1950, before the case could go to trial. Kelley announced that she would retire after 20 years on the bench. Kelley was not prosecuted for her role in the scandal and died in 1955. Over the years that Tann headed up the Tennessee Children’s Home Society, she amassed at least 5,000 victims. The true number will most likely never be known, and in reality, continues to grow with each generation of children born, who will never know their true heritage.