Until She Knew His Heart 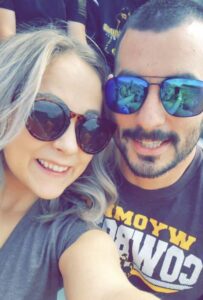 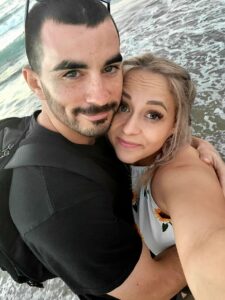 My niece, Siara Olsen had a really tough year two years ago, but God had a new plan for her life. Siara was unsure why God would send her a man who shared a birthday with her son Alec Olsen. Siara lost Alec just a little under two years ago, to RSV. Having a boyfriend who shared that birthday felt a little strange…at least until Siara got to know Chris Kirk’s heart. Today is Chris’ birthday, but he decided to give Siara and her mom, Chantel Balcerzak a spa day so that Siara wouldn’t spend the whole day thinking sad thoughts about Alec. What an incredibly kind thing to do for her…on his birthday. Siara can’t say enough about Chris’ kindness, and just how genuine guy he is.

Chris has three siblings, one brother and two sisters. He is an amazing uncle to all of his nephews and nieces, as well 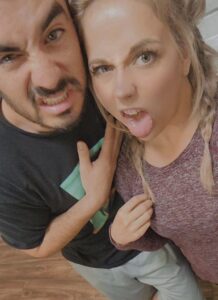 as to Siara’s nieces and nephew. He bought his one nephew brand new wrestling shoes and takes him to the gym with him. Chris is a wrestler and is competing in a wrestling tournament in Denver next weekend, so his nephew is “helping” him prepare. It’s an exciting event, and even Siara’s parents are going to watch. Chris and Siara also work out together, and I can tell that he is very athletic. They love to go hiking and have seen many cool places this summer. One of their favorites is the Bridle Trail, which happen to be one of my favorite trails too. Such a beautiful hike.

Chris and Siara have many things in common. One is football. Chris loves football, and Siara, who was a cheerleader loves it too. So, they have gone to some Wyoming games, and Chris knows that he doesn’t have to worry about his girl hating that he watches football.  They are also two very fun people, who love goofing off and having a good time.

Not all of Chris’ life was just perfect. Chris spent much of his childhood in foster care, and as we all know, that 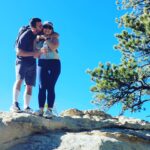 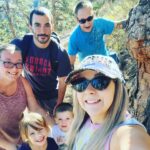 is not always a recipe for a child turning out well, but Chris was determined to become a good person. He wanted to be proud of himself, and so he worked to become a good man. While he did come out of foster care, he turned into a beautiful person in spite of it. As far as we, Siara’s family, are concerned, the fact that Chris is such a loving person, who treats Siara the way she deserves to be treated. And Chris is just that man. He is loving and even doting when it comes to Siara. He makes her feel spoiled and very special, and that makes us like Chris a lot. Today is Chris’ birthday. Happy birthday Chris!! Have a great day!! We love you!!