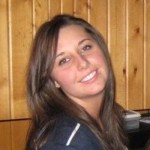 Sometimes in life, you find that something is just meant to be. This is a story of just that…something that was meant to be. A while back, my niece Lacey Stevens introduced her brother, Garrett Stevens to a friend of hers, Kayla Smiley. That was the first step in a journey that for Garrett and Kayla would lead to happily ever after. They became engaged in a romantic setting in the Big Horn Mountains, with the involvement of her family, in which Garrett popped the question on the top of a hill while the fmily was taking pictures. Kayla had no idea. Good job Garrett.

For the rest of the family, this relationship has been a bit unusual, in that Kayla lived right next door to our mom’s house. I suppose that many people would feel like that could be a bit awkward, but not Kayla and Garrett. In fact, it was there that Kayla’s true self was shown to all of us. Kayla is a very caring person. She gives of herself easily, and that was exactly what we needed at that time in our lives. During Mom’s last couple of years, there were a times when an ambulance had to be called, because she was having some occasional bronchial issues. That is such a stressful thing for the children, especially when one child, in this case, my sister, Cheryl Masterson had to be there by herself at the time the ambulance needed to be called. Kayla, the instant she heard the ambulance, came right over to see what she could do to help, and if for no other reason, just to be there and be supportive to me sister, my mom, and to me as well. If you have never been in the position of needing to call an ambulance for your parent, you simply can’t know how devastating that feels. You find yourself forced to watch the proceedings, and there is nothing you can do to help. All too often, the emergency workers are so focused on their patient…as it should be, but they have no

time to see you standing there quietly falling apart. Kayla…and Garrett too, while they were as worried as we were, came to support us as we went through this horrible ordeal. That is a kindness that can never be forgotten, much less repaid.

We knew that Garrett had found a gem of a girl, and so when he called to say they were engaged, it was with much joy that we congratulated them. They are both such sweet, loving people, and I know that their life together will be blessed in so many ways. God will repay their kindness with joy and love for years to come. I am so excited for them. Today is Kayla’s birthday. Kayla we just don’t know what we would do without you in our lives. Happy birthday Kayla!! Have a great day!! We love you!!