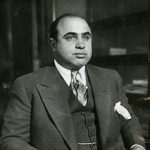 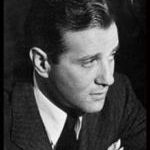 Seldom, if ever, do you see a minor political party that is able to obtain national support for their way of doing things, but that did happen in the 1920s. The Prohibition Party (PRO) is a political party in the United States best known for its historic opposition to the sale or consumption of alcoholic beverages. It is the oldest existing third party in the US. The party was an integral part of the temperance movement. I suppose it depends on which side you were on, as to how you feel about alcohol, but the reality is that they most likely didn’t have the support of the majority of the American citizens.

Nevertheless, on Saturday, January 7, 1920, the Manchester Guardian reported with a level of mild shock on one of the most extraordinary experiments in modern democratic history. “One minute after midnight tonight,” the story began, “America will become an entirely arid desert as far as alcoholics are concerned, any drinkable containing more than half of 1 per cent alcohol being forbidden.” In fact, the Volstead Act, which prohibited the sale of “intoxicating liquors,” had come into operation at midnight the day before. But the authorities had granted drinkers one last day, one last session at the bar, before the iron shutters of Prohibition came down.

I don’t really know how I feel about the comparison between the prohibition of alcohol, and the war on drugs (specifically Marijuana), but one thing can be said for sure. With the law that made these things illegal, came, by natural progression, the gangs or gangsters, who illegally made a way for those things to be obtained by the people. As to Prohibition, the 20s were filled with bootleggers, gangsters, and illegal purchases of alcohol…hence the Roaring Twenties.

Across the United States, many bars and restaurants marked the demise of the demon drink by handing out free glasses of wine, brandy and whisky. Others saw one last opportunity to make a killing, charging an eye-watering “20 to 30 dollars for a bottle of champagne, or a dollar to two dollars for a drink of whisky”. In some establishments, mournful dirges played while coffins were carried through the crowds of drinkers. In others, the walls were hung with black crepe. And in the most prestigious establishments, the Guardian noted, placards carried the ominous words: “Exit booze. Doors close on Saturday.” It was like an Irish wake for the deceased.

The prohibition of alcohol lasted for almost 14 years, and with it came a violent era in out country’s history. Gangsters like Al Capone, Bugsy Segal, Lucky Luciano, Meyer Lansky, Johnny Torrio, Arnold Rothstein, Bugs Moran, Enoch “Nucky” Johnson, and the mafia sprung into action…refusing to be railroaded. Prohibition’s largely Protestant champions, a large proportion of whom were high-minded, middle-class women. were the do-gooders of the day. Often deeply religious, they saw Prohibition as a kind of social reform, a crusade to clean up the American city and restore the founding virtues of the godly republic. The gangsters, gangs, and the mafia saw it as a declaration of war, and acted accordingly. Stills were built, and bootleggers financed. 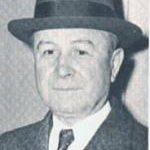 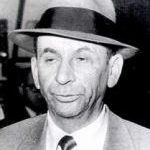 Before long violence broke out as the runners were caught and the gangsters lost their product. Nevertheless, for 14 long years, Prohibition persisted, until there was finally enough pull in Congress. The 21st Amendment to the United States Constitution is ratified on December 5, 1933, repealing the 18th Amendment and bringing an end to the era of national prohibition of alcohol in America. At 5:32pm EST, Utah became the 36th state to ratify the amendment, achieving the requisite three-fourths majority of states’ approval. Pennsylvania and Ohio had ratified it earlier in the day.