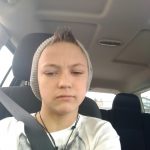 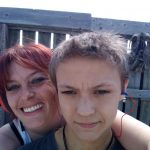 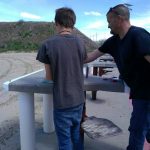 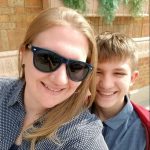 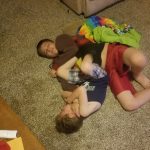 Like many kids his age, my grand-nephew, Topher Spicer is a gamer. Video games are high on his priority lit, like they are for just about any kid. And, these kids are so good at them. While I am a techie, I do not play the games, so I’m sure that Topher would whoop on me real bad, if I tried to compete with his abilities. When a child applies himself to something, he gets good at it, and that is what Topher has done. Gaming is not the only activity Topher likes to do, however. He loves to run around and play with his friend, Marcus. With them, roughhousing is the order of the day. Topher is also a part of a group of friends that he enjoys hanging out with. They do a variety of activities together, and really get along.

In middle school last year, Topher decided to take up swimming, and he found that he really enjoys it. He plans to participate in swimming again in the coming school year. He did very well with it. With continued practice, I know that he could become a competitive swimmer in high school, and maybe even letter in it. Topher likes school, and that is a really good thing. If a kid likes school, they will go far in whatever they choose to do.

Topher and his mom, my niece, Andrea Spicer is not just his mom, she is his best friend. Topher has very strong protective instincts, and like any child should, he wants to stand up for and protect his mom. He loves his mom, very much, but there are some things a guy can’t talk to his mom about. For those things, Topher turns to family friend, Nikki Vigil. He trusts her with the things that he needs some advise on, and that makes

his mom happy, since he is too shy to talk to her about these things. Nevertheless, there are a number of things that he and his mom like to do together…such as watching the cooking competition shows…especially the on with Gordon Ramsey. Topher’s mom loves to cook, and is a chef by trade, so it stands to reason that they would like to watch cooking shows, but then I do too, so I totally get it.

It’s hard for me to believe that Topher is getting so grown up. Every time I see him, he is more and more grown up. He has grown into a fine young man, and he makes his family very proud. Today is Topher’s 13th birthday. Happy birthday Topher!! Have a great day!! We love you!!