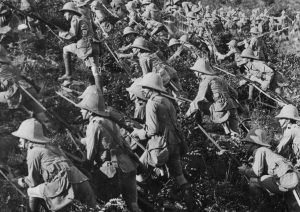 The Gallipoli Campaign was Australia’s and New Zealand’s introduction to the Great War. Many Australians and New Zealanders fought on the Peninsula from the day of the landings (April 25, 1915) until the evacuation on December 20, 1915. The 25th April is the New Zealand equivalent of Armistice Day and is marked as the ANZAC day in both countries with Dawn Parades and 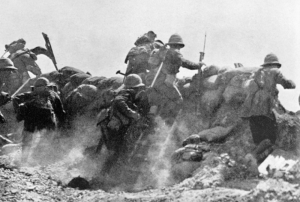 While many losses came out of this campaign, it seems that there were two who were saved…potentially anyway. After the campaign was over, and people were wandering the area, someone came across an unusual, and seriously rare, find. There on the ground were two bullets that had collided with each other in mid-air, thus saving the lives of the two combatants who fired the rounds. Obviously, they could have been hit by another round, in which case the mid-air collision only slightly prolonged their lives. At least this scenario might be what you would think. The reality is that you would be wrong. Taking a look closer at the bullets, it is quite obvious that one round collided with 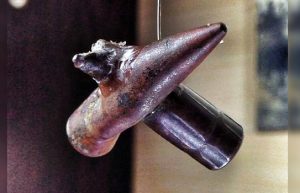 another. But the round on the left doesn’t have any rifling on it, whereas the round on the right does. They collided, but in reality, the round on the left probably wasn’t moving as fast as an actual speeding bullet. Maybe it was part of a clip on an ANZAC soldiers webgear as he was in an attack, or some other bizarre reason. But this most certainly wasn’t the intersection of two trajectories between the lines…making such a collision between two bullets even more rare. Nevertheless, the picture itself is quite interesting, and would have caught the eye of anyone looking at it. How they got there really makes no difference, but the fact that they were found on the Gallipoli battlefield makes them an interesting find. If you ask me, it is still a very rare occurrence.