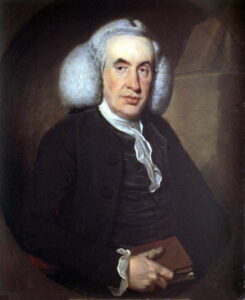 Most people, these days, don’t necessarily know who William Cullen is, but historically speaking, he is a very important man. Born April 15, 1710, in Hamilton, Lanarkshire, the son of William Cullen…a lawyer and Elizabeth Roberton of Whistlebury. Cullen was a Scottish physician, chemist and agriculturalist, as well as a professor at the Edinburgh Medical School, but these things would not be the defining accomplishment of his life. Cullen saw a need for something, that many people knew they needed, but no one knew how to get it.

Years ago, towns had an icehouse. Snow and ice were stored in a cellar in an effort to keep them frozen for use by the townspeople. Then the icehouse owner would bring ice to people, and it would basically be kept in a “cooler” so food could be kept cold for a while. It was an imperfect system, but it was all they had. Cullen could see that something better was needed. I’m sure he saw the diseases that came from spoiled food and maybe even deaths from that food. That got him thinking.

After Cullen completed his education at the University of Glasgow and the University of Edinburgh, he started his formal career. His field of study and subsequent career in medicine and after completing the studies, he started in that career, but he was also interested in working on a scientific basis to invent different things. That was when Cullen envisioned and then invented an artificial refrigerator which was used manually to save many things from getting wasted. 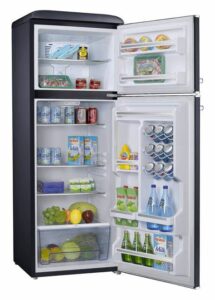 These days, the refrigerator is an appliance which can be found in almost every house, and it is one of the most used appliances. It comes in different shapes and in different sizes. Normally, it is made up in “the form of two compartments and one of them is insulated thermally, while the other compartment consists of a heat pump and its important function is the transfer of heat. This transfer is done to manage heat environment.” I don’t presume to understand how all that works. I just know that my food stays the temperature it needs to be to either freeze it of just keep it cold.

In 1741 he married Anne (or Anna) Johnstone, who died 1786. He was father to Robert Cullen and Henry Cullen, who became a physician. Cullen’s eldest son Robert became a Scottish judge in 1796 under the title of Lord Cullen, and later Baron Cullen, and was known for his powers of mimicry. Cullen died in Edinburgh, Scotland on February 5, 1790. He was almost 80 years of age at the time of his death.