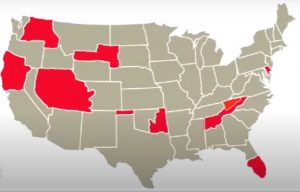 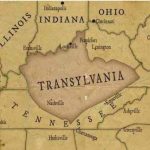 When we think of how the 50 states of the United States were formed, we somehow think of an orderly process that followed a specific protocol, but in many ways, that was not the case. There are actually a number of states that were planned, or even in place for a time, but failed to continue to be or failed to form into states that exist today. These states were often formed out of conflict, when people didn’t like what they saw around them, and they decided to take matters into their own hand. Had they continued to exist, it would have felt normal, but in light of today’s United States, they would have been really strange. Even the names of these proposed states were rather strange.

Things like Westsylvania, Transylvania, Muskogee, and Deseret; make me wonder how they came up with this stuff. Of course many of us have heard of Transylvania, but it had nothing to do wit Dracula or any other vampire. Sorry if that disappoints some people. Transylvania’s name, meaning “across the woods” in Latin, stems from the university’s founding in the heavily forested region of western Virginia known as the 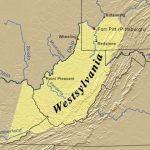 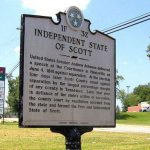 Transylvania Colony, which became most of Kentucky in 1792. The state was founded in 1775, and statehood removed in 1776, when Virginia when the Virginia General Assembly invalidated the Transylvania Purchase.

The proposed state of Westsylvania was located in what is now West Virginia, southwestern Pennsylvania, and small parts of Kentucky, Maryland, and Virginia. Westsylvania was proposed early in the American Revolution It would have been the fourteenth state in the newly formed United States, had it been recognized. In the final years of the Revolutionary War…in 1782, Hugh Henry Brackenridge, a Pittsburgh lawyer and strong supporter of the national government, convinced the Pennsylvania Assembly to declare that agitation for a separate state was treason, rendering the promotion of Westsylvania subject to the death penalty. Pennsylvania also sent secret agents, such as the Reverend James Finley, to work against the Westsylvania movement. According to historian Jack Sosin, “Finely’s efforts, the threat that the settlers’ land might be sold, and the cool reaction to the proposed new state by Congress finally quieted the Westerners.” 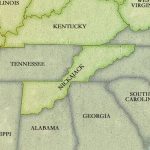 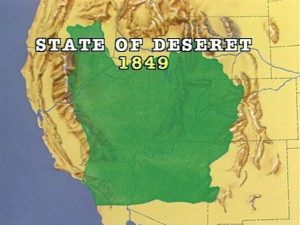 In all, there were about 12 proposed states that if ratified, would have changed the United States as we know it. I can’t imagine having 62 states, or living in a state called Absaroka, Delmarva, Scott, Nickajack, or Sequoyah. And while I was born in Superior, Wisconsin, I can’t imagine living in the state of Superior. And of course, Transylvania, Westsylvania, Lincoln, Muskogee, Deseret, or Franklin would be equally odd. While these “states” did exist for a time, I rather like our country just the way it is. Fifty states is a nice round number.