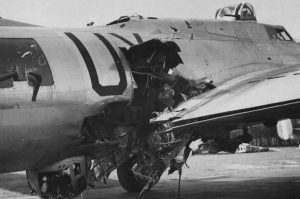 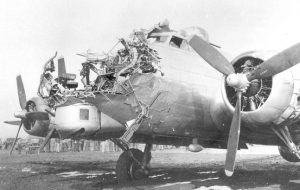 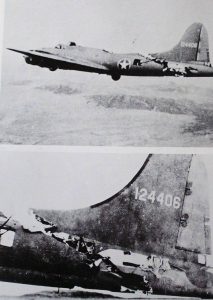 Many times I have written about my Dad’s time in the war, and what he went through, but I’m not sure I truly understood what he went through. Dad never talked about the war much, and maybe that led us to believe that what he went through wasn’t so bad for him. In reality, I don’t think I knew much about Dad’s service time at all. My nephew loaned me a movie called Fortress, and I was very interested in watching it. I don’t know what I expected it to be, but it was not. Everything on the B-17 happened so very fast.

While the movie was quite graphic, and not one that some people would like to watch, it was based on a true story and it gave me a very different perspective about what it was like to fly in a B-17 Bomber. I knew that the life of a ball turret gunner in combat was a mere twenty minutes, and I knew that during the time Dad was on the B-17, there was at least one ball turret gunner who was killed. They tried to save him, but it was not to be. In an instant it was over.

The Flying Fortress, as the B-17 Bomber was called, was one of the safer parts of the war, but that meant nothing when you are flying to a bomb drop and the enemy doesn’t want you to make it. The movie brought home just how hard it was to really spot the enemy planes. They would say that the enemy was right there, and I found myself thinking, “Where?” Then suddenly there they were, and the men on the plane had been firing for several seconds already. It felt like trying to explain how to spot the enemy, and by the time you get the word “well” out, you have already been hit.

While any gunner position was dangerous, I was struck by how exposed the waist gunners were. In case you don’t know, the waist gunners are the guys that shoot out the side doors of the plane. The doors are open, leaving them with very little protection. They had to be on their toes, because the enemy was shooting for their gun, and if they weren’t paying attention, they were shot before they got a second chance to pay attention. That made things really hard, because they also felt a close commraderie with their partner, the other waist

gunner, and if their partner got shot, it was hard to stay on task…but that was hard for any one of the men on the plane.

Watching the men they worked with every day, get shot and killed became a normal thing. Being normal and being able to cope, are two very different things. These men had to hold it together, while quietly falling apart inside. They knew their friend was dead, and yet they had to do their job. They couldn’t grieve. They couldn’t stop. They had to push that picture of their dead friend way back inside themselves, and do their job. Lives depended on it…including their own. I knew that my dad was on a B-17, but until I watched that movie, I really didn’t understand all of what that meant.