Had We Known The Future 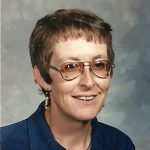 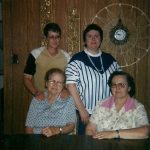 Yesterday, while coming home from a routine trip to see my sister-in-law, Brenda’s doctor in Fort Collins, Colorado, she received a phone call from her cousin, Sheila Cole. We don’t hear from her often, so we were immediately on high alert, and rightfully so. The news was bad…her mother, who is my mother-in-law’s younger sister, Linda Cole had passed away of a heart attack. Linda was the middle of three girls in their family. We were stunned. She was only 69 years old.

The phone call instantly transported my thoughts back about 35 to 40 years, when Bob and I took our girls over to the dinky little town of Kennebec, South Dakota every year to visit their great aunt and uncle, and their cousins. We always had a great time when we went. It wasn’t that we did so very much, while we were there, but we talked and laughed, and just enjoyed each other’s company. When they moved to Winnemucca, Nevada, those visits became fewer and further between, and over the last ten years, we really hadn’t been down there at all. Looking back now, I have to wonder if we would have made the trip, had we known the future. I guess we all have those thoughts when someone passes away. All of the woulda, coulda, shoulda thoughts come to our minds with regret, as we contemplate the loss of that loved one. We felt the same way after her husband, Bobby Cole passed away in May of 2014, but just thought there would be enough time for it later, or hoped that she would make the trip up here for a visit. Whatever the case may be, the time for all that had passed now, and we were simply left with our feelings of shocked disbelief, and a lot of phone calls to make.

Still, my thoughts have persisted. I remembered all the years that Linda and Bobby had spent as part of a square dance club. They made the elaborate costumes that square dancers had always worn, and looked forward to each event. While square dancing was never my thing, I could always see that they totally delighted in it. Later, when they moved to Winnemucca, they both worked in a casino, and could often be found doing a little gambling after work before heading back home. I suppose a lot of people would have wondered if they 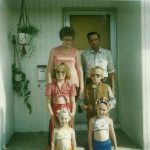 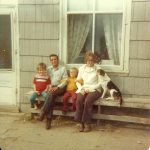 ever got in trouble for not coming directly home, but I can say that they didn’t, because they were there together. I guess that was always the most important thing…being together. That’s what marriage is all about. I know that the two years since Bobby’s passing have been lonely ones for Linda. Even though her children, Sheila and Pat talked to her often, it simply isn’t the same as being with your life long soul mate. Now, they are together again, and while our hearts are heavy, I know they are having the time of their lives. Rest in peace Linda. We love you, and miss you already.